First school board election is this year

Editor’s Note: This week, we examine the transition from an appointed school board to an elected one in Prince Edward. We dive into the new terms, when the first elections will be held and how state code regulates the change.

Prince Edward voters will head to the polls for the first time in county history to elect their school board members in November. 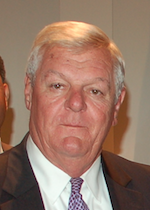 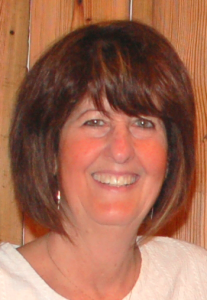 This decision stems from a majority vote in November to transition the county school board from an appointed system to one where members are popularly elected.

This option was on last November’s ballot — along with presidential and congressional candidates and constitutional amendments — due to the efforts of a small group of Prince Edward citizens who obtained the needed amount of petition signatures for the referendum to be considered.

According to Prince Edward County Registrar Lynette Wright, the referendum passed with 76.28 percent of the 8,350 voters choosing “Yes,” and the remaining 23.72 percent of voters choosing “No” to the question of whether the school board members should be elected over the appointed system.

Since the referendum passed, County Attorney James Ennis has finalized several details regarding the new elected system, using the Code of Virginia as a guide.

Of those details, most important is the schedule for the first appearance of school board members on the ballot before the voters.

This schedule is identical to one which the board of supervisors uses to elect its members.

Members of both boards will continue to serve four-year terms with the election scheduled this year for four of the districts, and the remaining districts — 101, 201, 401 and 801 — scheduled for election in 2019.

According to Ennis, the establishment of the elected board correlates directly to the state code, which states, “elections of school board members in a county, city or town shall be held to coincide with the elections for members of the governing body of the county, city or town at the regular general election in November or the regular general election in May, as the case may be.”

The code states the terms are only meant to be staggered if the terms of the board of supervisors are staggered.

“Our board used to have two members at a time whose terms would come up for reappointment every four years, and they did not match the terms of the supervisors they coincided with,” explained Sherry Honeycutt, who serves as the chairman of the school board, representing the Farmville District 701.

“Maybe as the election process continues, there will be a time when half of the school board is not up for election at the same time. That would be better,” Honeycutt said.

Because the board is divided into the same geographic voting districts as supervisors, there does not need to be a change in district lines. The code states that the districts must correlate.

The only regulations that exist for establishing an elected board are in the Code of Virginia, Pyle explained.

The code also states that the number of members on the school board must be the same as that on the board of supervisors, which is already the case in Prince Edward.

Honeycutt said she has not decided if she will seek election for her seat or not.

Honeycutt has previously expressed disapproval for electing school board members.

“My thoughts have not changed about elected board members — if anything they have strengthened, as I see how many initiatives our current board is working so hard to continue and new ones we want to implement,” she said.

She expressed concern about the agenda of individuals wanting to become members of the school board.

“Obviously, elected or appointed, you never know how school board members will react to items brought before them, but with elections, we will now have the potential for half of the board to be new,” Honeycutt said. “That’s a big issue to me.”

Buckingham and Cumberland have had elected school boards for some time. Buckingham chose to elect its school board in 1992, and didn’t see its initial election until 1995.

In Cumberland, the first school board election, in 2007, didn’t happen until three years after it was approved by voters in 2004.