Earning respect on the track 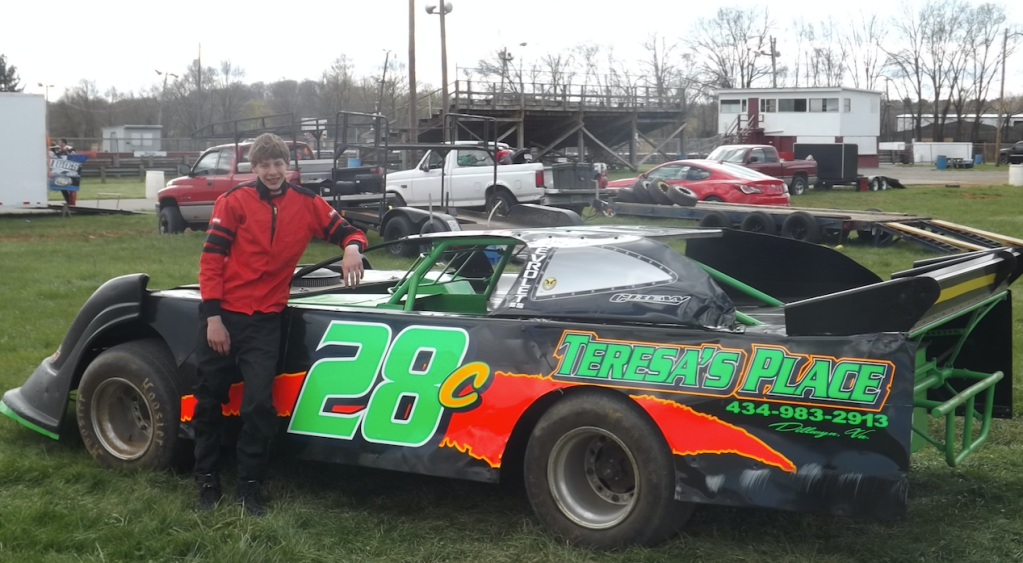 Sixteen-year-old John R. Crews III, of Buckingham, earned the title of Rookie of the Year in the Sportsman class last year and was presented with the eighth-place points championship trophy, highlighting a result that likely would have been even better if not for mechanical issues with his vehicle.

To his opponents, John R. Crews III, of Buckingham, may have been viewed as just a 16-year-old kid driving a race car when he started his first season in the Sportsman class last year. But, after a strong year, he’s much more than that now.

When Waynesboro’s Eastside Speedway held its annual awards banquet last year, Crews was presented with the eighth place point’s championship trophy, and he also received the Rookie of the Year award in the Sportsman class.

“I was actually surprised; I didn’t know I was getting it,” Crews said of the rookie honor. “I couldn’t stop smiling.”

Evaluating his performance for the season, Crews said, “I did better than I thought I would.”

He struggled a bit getting used to the car, but put himself in good position points-wise as the year wore on. He got as high as fourth in points before complications with his vehicle arose.

“To do that my first year in the V-8 class is pretty good,” he said.

Mechanical issues kept him from being in the final race of the season. Just starting in that event would have allowed him to lock up seventh place, and a strong finish could have pushed him up to sixth.

But these struggles did not overshadow the skill he demonstrated throughout the season, a fact confirmed by his receiving the Rookie of the Year accolade.

“He’s a teenager, a kid out there with adults and experienced adults, and in that situation, you’re going pretty fast, and you’re making decisions really quick,” the elder Crews said. “And that shows that he’s got the potential to do what he needs to do at the next level, but it also shows that they’re willing to trust and they’ve got faith and respect in him that he’s going to do the right thing and they can race with him and against him at a competitive level. So, that’s a big deal to earn that trust and respect from adults that have been around for a long time.”

Indeed, John Crews said his favorite thing about racing right now is “when the older people come up to shake your hand, say, ‘Good job, and if you need anything, let them know,’ because it shows they respect you and they actually trust you, and it shows that they actually see me as a competitor now and not just some kid.”

With a history of winning championships in the previous classes in which he has competed, Crews will move up to the Late Models class this year. He sold his car designed to race on dirt and has a new one intended for the asphalt of the new class.

“They’ll be a little bit faster there because what you’re doing is you’re taking probably the same size track but now you’re running on asphalt where you have a lot more grip,” Robbie Crews said. “In dirt, the object is to go in the corner … 85, 90, 95 miles per hour, and then you just jerk the wheel to the left, and go to the corner sideways, and then catch back up and go straight down the straightaway. Now, in asphalt, you’re going in that corner just as hard, but you’re going to want to keep the wheel straight and take the corner and go back to the straight stretch. So, you’re going to have a whole lot more grip through that corner — more grip means more speed which means quicker time.”

John Crews said his season goals are to get as much seat time as possible, get used to the cars and earn the respect of his new fellow drivers.