Crime rankings ‘ignore the uniqueness of each locale’

How does “AreaVibes” come up with its crime ranking of B- for Farmville? What factors does it use?

Is Farmville a safe place to live? If you’re a business owner or family looking to move here from somewhere else, you might be completely convinced if you check out a website called AreaVibes.

AreaVibes claims to measure the “livability” of around 98 percent of the country’s cities and towns. In addition to crime, the site gathers statistics related to amenities, the cost of living, education, employment, housing and weather. It then gives a grade — like A+ or D — to each of those categories and then comes up with a livability score, between 1 and 100, with 100 representing the ideal place to live in the country. 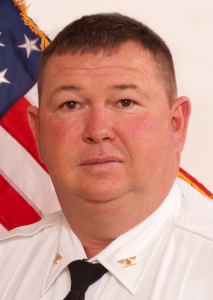 Someone searching for Farmville on AreaVibes’ website will see a livability score of 80, which makes the town “extremely livable.” It gave A+ grades for amenities and the cost of living, an A- for weather, C+ for education, D+ for employment and D for housing.

But it was the somewhat respectable grade of B- for crime that led at least one reader to question whether AreaVibes was accurately representing Farmville.

“Our crime rate has dropped tremendously in the last four years,” Ellington said.

At the very bottom of the crime page, in small lettering, AreaVibes notes it took the crime statistics from the Federal Bureau of Investigation’s (FBI) uniform crime reports (UCR) for 2015. That year, according to AreaVibes, Farmville experienced 283 total instances of crime — no murders, two rapes, three robberies, 18 burglaries, six vehicle thefts and 245 other property thefts.

Ellington confirmed property theft is the most likely form of crime his officers encounter.

“Our biggest one is shoplifting,” he said, referring to an area along South Main Street. “It’s a red, glowing inferno and that’s Walmart.”

AreaVibes comes up with its scores after translating these numbers into “per 100,000” statistics. For example, the two rapes in 2015 turn into 24.3 per 100,000. The total number of actual violent crimes, 14, becomes 170 per 100,000. It is translations like these which led to AreaVibes’ B- crime grade for Farmville. According to the website, “(T)otal crimes are 76 percent higher than (the) Virginia” average and 20 percent higher than the national average…”

AreaVibes does not explain its methodology regarding crime statistics beyond the following on its website: “The two main categories of crime are violent crime and property crime. Within each category, there are various types of crime. Violent crime includes; murder, rape, robbery and assault. Property crime includes: burglary, theft and vehicle theft. A total crime index is based on all total crimes. Higher weights are given to violent crimes as they are more severe. The score is calculated based on comparisons to both state and national averages.”

In notes underneath its chart of crime statistics, AreaVibes claimed, “Specifically regarding violent crimes in Farmville, VA, the rate is 13 percent lower than compared to the Virginia average and 54 percent lower than when paralleled to the national average. When comparing property crime, Farmville, VA, comes in at 75 percent higher than to the average seen in Virginia and 31 percent higher than the overall national average.”

It all might look bad to some people who don’t understand AreaVibes’ reports, Ellington said.

“That is so misleading; this is crazy,” Ellington said while looking over the website.

Further down the crime page are two charts that look like speed gauges moving from red (dangerous) to green (safer) under the heading “How Safe is Farmville?” Those gauges show Farmville is safer than only 30 percent of other cities in Virginia and safer than only 41 percent of cities across the country.

“Those should be in the green,” Ellington said. “We are one of the safest towns in the state, according to our own statistics.”

The FBI drafted a short white paper in 2011 warning against using its crime data to come up with either agency or locality rankings.

“UCR data are sometimes used to compile rankings of individual jurisdictions and institutions of higher learning. These incomplete analyses have often created misleading perceptions (which) adversely affect geographic entities and their residents,” FBI officials wrote in the paper, titled “Uniform Crime Reporting Statistics: Their Proper Use.”

Later in the same section of the paper, the FBI said, “Data users should not rank locales because there are many factors that cause the nature and type of crime to vary from place to place. UCR statistics include only jurisdictional population figures along with reported crime, clearance or arrest data. Rankings ignore the uniqueness of each locale.”

The FBI said other factors affecting the volume and types of crime in each locale include:

• Population density and degree of urbanization.

• Variations in composition of the population, particularly youth concentration.

• Stability of the population with respect to residents’ mobility, commuting patterns and transient factors.

• Modes of transportation and highway systems.

• Policies of other components of the criminal justice system (i.e., prosecutorial, judicial, correctional and probational).

• Crime reporting practices of the citizenry.

Because of its concern regarding the proper use of UCR data, the FBI said it put the following policies in place:

• The FBI does not analyze, interpret, or publish crime statistics based solely on a “single-dimension” interagency ranking.

• The FBI does not provide agency-based crime statistics to data users in a ranked format.

• When providing/using agency-oriented statistics, the FBI cautions and, in fact, strongly discourages, data users against using rankings to evaluate locales or the effectiveness of their law enforcement agencies.