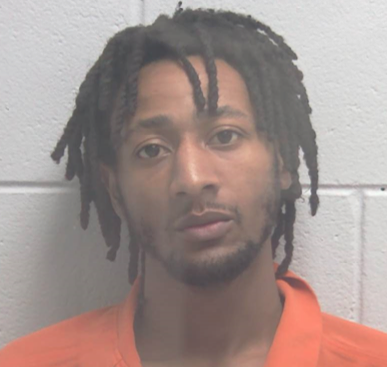 A Fluvanna man is facing a number of charges after he and an unknown accomplice threw car batteries at a Buckingham County Sheriff’s Office deputy’s patrol car during a pursuit on Dec. 18.

According to Sheriff William G. “Billy” Kidd Jr., deputies arrested Demarco Arnold-Thomas, 28, on one charge each of disregarding/eluding law enforcement, being in possession of stolen goods, causing intentional damage, petit larceny, driving with a revoked license and maliciously throwing or shooting at an emergency vehicle.

“We got a call from a business on Route 15 of somebody rummaging through vehicles,” Kidd said. “A deputy was nearby and answered the call. When he came up on them, they took off at (a) high speed.”

During the chase, Kidd said Arnold-Thomas, who turned out to be the driver, and his accomplice threw several car batteries at the deputy’s patrol car in an attempt to stop the pursuit. He said the chase went along routes 15 and 610, entering Fluvanna County at times. Kidd said Arnold-Thomas nearly wrecked the vehicle he was driving twice while on Route 610.

“They ended up back on Route 15 and wrecked into a ditch. He couldn’t get the car out of the ditch,” Kidd said.

He said at that point, the passenger got out of the car and ran off. That suspect has yet to be identified.

“He wouldn’t turn on his buddy,” Kidd said of Arnold-Thomas.

The sheriff said the petit larceny charge is due to the car having a stolen license plate on it. Arnold-Thomas is charged with being in possession of stolen goods because there were still some car batteries in the vehicle when he was arrested.