Bulldogs Run away from Lancers for 34-point win 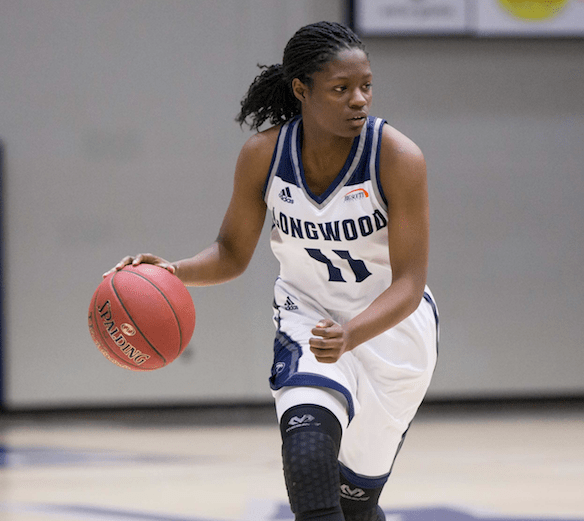 The Big South’s second-leading scorer, Tierra Huntsman, displayed her shooting ability Tuesday, finishing with a game-high 19 points to lead Gardner-Webb to a 77-43 win over Longwood inside Willett Hall.

Huntsman came into Tuesday’s contest as the lone Bulldog averaging in double figures (14.7 points per game) and was second in the Big South, trailing only Charleston Southern University’s Ke’Asia Jackson (15.6). The Gardner-Webb redshirt junior scored 10 of her 19 points in the opening half and finished the afternoon 6-of-10 from the floor, while adding seven rebounds, four assists and four steals in 34 minutes.

Huntsman led a Runnin’ Bulldog defensive charge, holding the Lancers to just 14 made field goals and a .250 shooting percentage for the contest.

Longwood started slow for the second game in a row, making just two of its first 14 field goal attempts and being outscored 16-5 at the end of a quarter.

The win gives Gardner-Webb (6-8, 1-2 Big South) its first victory in the Big South slate and snaps a two-game skid. Meanwhile, Longwood (3-11, 0-3 Big South) drops its third straight after closing out the non-conference schedule with back-to-back wins.

A product of Connersville, Ind., Huntsman was joined in double figures by Caley Plentovich, who finished with 16 points on 6-of-11 shooting from the floor. The tandem of Plentovich and Huntsman helped Gardner-Webb make .448 (26-of-58) of its shot attempts. In addition, Kierra Currie finished with a game-high 11 rebounds, while Alexus Hill posted seven of Gardner-Webb’s 19 assists.

Leading the Lancer charge was freshman guard Khaila Hall, who finished with 12 points and pulled down five boards, while blocking a shot and adding three steals. Hall, who ranks among the top rookies in the Big South in assists and blocks, has scored in double figures in three of her last five games while averaging 2.3 assists per game throughout that stretch.

Junior guard Micaela Ellis joined Hall in double figures with 11 points and matched her career-high with seven rebounds while adding three assists and a steal in 33 minutes. A product of Oak Park, Mich., Ellis’ 11 points match her season-high, as she finished 5-of-11 from the field and 1-of-3 from beyond the three-point line.

Following back-to-back games inside Willett Hall, the Lancers will remain in the commonwealth of Virginia for their next two games, traveling to Radford University and Liberty University. Saturday’s game at Radford is set for a 2 p.m. opening tip inside the Dedmon Center.