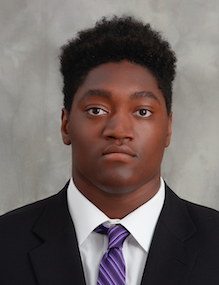 Freshman defensive lineman Mike Mabry, of Buckingham, and the No. 4 James Madison University Dukes will face Youngstown State University in the NCAA Football Championship Subdivision (FCS) championship game in Frisco, Texas on Saturday. The game, which takes place at Toyota Stadium, will begin at noon and will be televised on ESPN2.