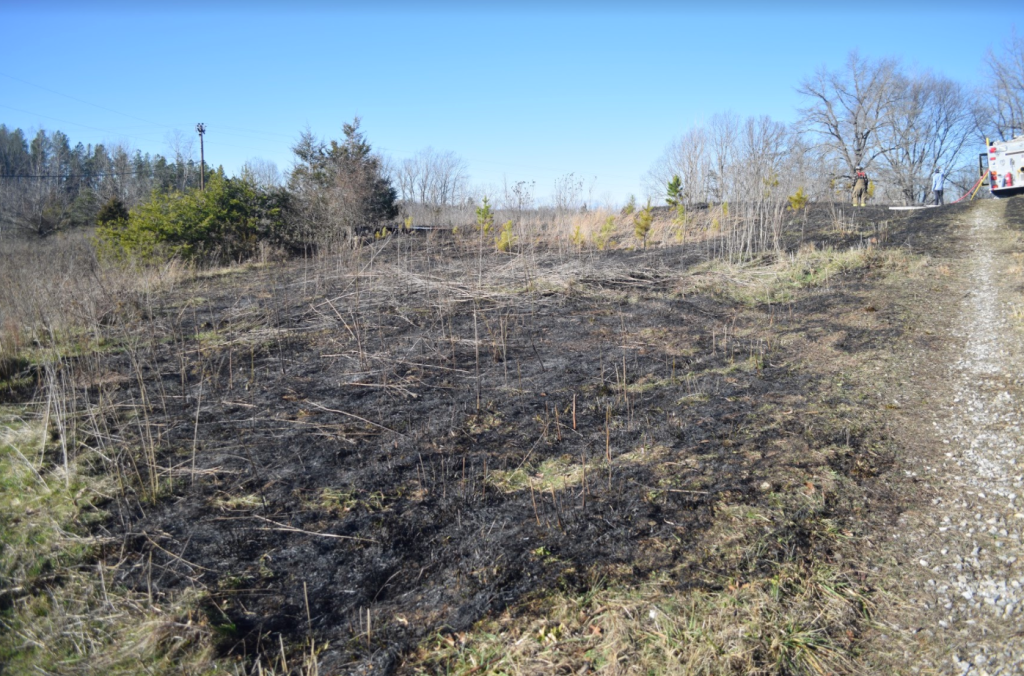 The brush fire started on Featherfin Road on recreational public-use land owned by the commonwealth of Virginia when a dead tree fell and struck and snapped a powerline, fire department officials said.

The fire spread to the woods and field nearby, burning a large area, damaging an uninhabited house and an outbuilding on the property. Two other structures were threatened but were unharmed.

According to Patrick Murphy, a senior area forester for the Virginia Department of Forestry, the fire was reported around 2:30 p.m., but may have started as early as 30 minutes prior to the report. Volunteer firefighters acted quickly to extinguish the blaze, which they were able to do despite high winds. Crews were on site for about three hours.