The Buckingham Chamber of Commerce couldn’t have selected a better trio of award winners Monday night as part of its annual celebration of the year prior and awards banquet. 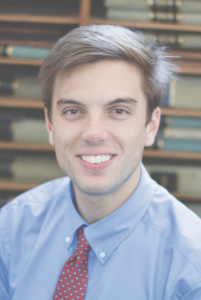 There’s no doubt that Buckingham is lucky to have such an active chamber, seeking to better businesses in the county, led by very able officers and leaders.

Buckingham is just as fortunate, I think, to have Murphy, who helps and inspires others on a daily basis during their times of need; Owen, who has dedicated most of her life and energy to teaching others how to heal the sick; and Joe Lentini, who opened Pino’s — one of the county’s most community-minded businesses — 16 years ago.

Murphy, who was named Volunteer of the Year; Owen, who was named the recipient of the Lifetime Achievement Award; and Lentini, who accepted the Best Business of 2016 Award, are well-known in our community for their hard work, generosity and kindness.

But think about what they do behind the scenes, out of the spotlight, to help others. We’ll never know the gifts these three have bestowed on people from all walks of life, nor should we. That’s what makes each of them deserving award recipients.

“Everybody can be great. Because anybody can serve,” said Dr. Martin Luther King Jr., whose birthday we celebrated Monday. “You don’t have to have a college degree to serve. You don’t have to make your subject and your verb agree to serve … You only need a heart full of grace. A soul generated by love.”

May all of Buckingham be inspired by these three great people.