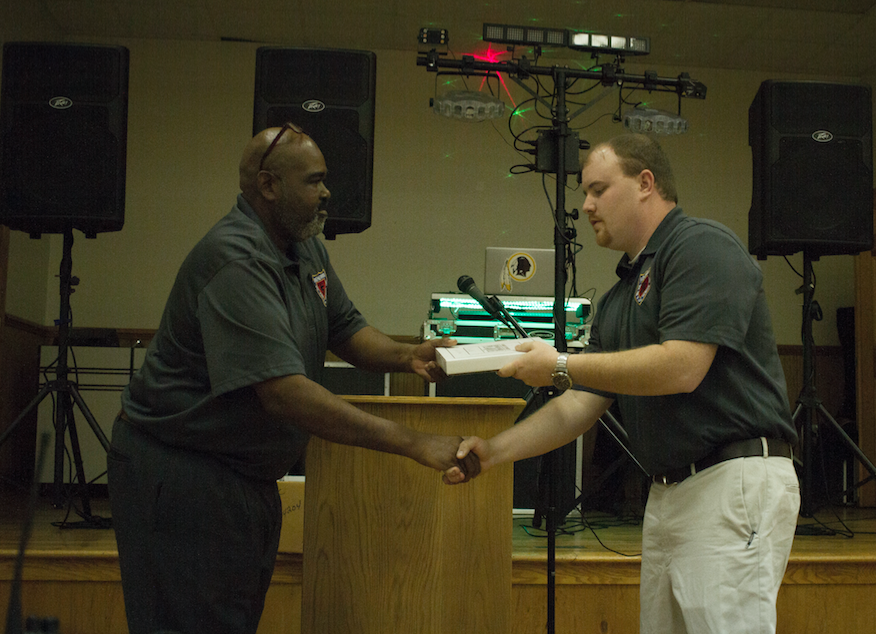 Meherrin Volunteer Fire and Rescue recognized several members of its organization and their families for their dedication and services during its annual banquet Saturday.

During the event, the new administrative and operational officers for 2017 were installed by Jerry Townsend, who represents the Leigh District on the Prince Edward County Board of Supervisors.

“Without the love and support of family at home, we wouldn’t be where we are today,” Tatum said during his chief’s report.

He said the department responded to 471 fire and medical incidents last year. “I want to see our department continue to provide the best quality service we can … I’m big on constantly reviving our methods; I want to continue to do that.”

During his speech, Townsend praised the volunteer fire and rescue members for their dedication and hard work.

“Trust me, when it’s all said and done, you’re appreciated. We’re quick to say when something’s not right and slow to say when it is.”

Townsend called the volunteers leaders in the community, noting, “You save lives. You put your life on the line to help save someone else’s life.”