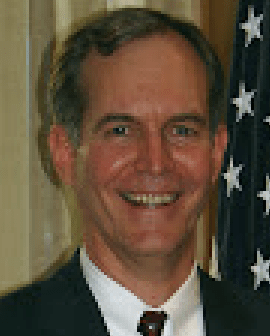 John Hopkins Varner Jr. (“Johnny”), 60, beloved son, brother, and friend, passed away peacefully on Tuesday, December 27, 2016. Born and raised in Farmville, Johnny always considered Farmville “home” even though he worked and lived all over the world.

Johnny had a distinguished career of over 30 years with the U.S. Department of State, where he held top-secret clearance. He served as a Foreign Service Officer in Information Technology and Management with postings in Switzerland, Morocco, Zaire (Congo), Singapore, Venezuela, and Washington, DC. In addition, over the span of just a few years, Johnny traveled to 54 countries working as a cryptographic auditor and consultant. During the last three years of his career, he helped to manage video conferencing for the Department of State,  embassies, and consulates worldwide. Upon Johnny’s retirement, he was honored with The Secretary of State’s Career Achievement Award for his extraordinary professionalism and outstanding contributions. Prior to his State Department career, Johnny served in the United States Army in the Intelligence and Security Command. He attended the Defense Language Institute in Monterey, California and was stationed in Augsburg, Germany, where he developed his love of travel and diverse cultures.

He was a gifted writer and he shared his travel logs with family and friends, who had the unique opportunity to see the world through his adventures. With his caring nature and quick wit, he made friends easily wherever he lived, and these friends became his extended family. Johnny followed in his father’s footsteps and attended Virginia Tech, graduating with a concentration in mechanical engineering and languages. He had a beautiful singing voice and was a member of a Norwegian choir in Washington, DC. Although he didn’t speak any Norwegian, Johnny possessed language skills in German, Spanish, Italian, Czech, and French.

Despite Johnny’s professional accomplishments, he will best be remembered as a kind, generous, humble, and gentle soul. He lives on in the stories that his family and friends — near and far — share about how he touched their lives.

He was preceded in death by his mother, Anne Tapscott Varner, and his father, John Hopkins Varner Sr. He is survived by his sister, Janet V. Conboy and husband, Rick of Matthews, NC, and his sister, Patricia L. Varner and husband, Rusty Breeden of Glen Allen.

The family wishes to thank the compassionate staff members at The Woodland, Inc. and Centra Hospice and loved ones who have lifted us up with their kindness and prayers.

Memorial contributions may be made to the Farmville United Methodist Church (P.O. Box 64) or Farmville Area Habitat for Humanity (P.O. Box 816).

A celebration of Johnny’s life will be held on Saturday, January 14 at 12:30 p.m. at the Farmville United Methodist Church, with visitation and reception to follow at The Woodland (2003 Cobb Street).