‘We inherited this mess’ 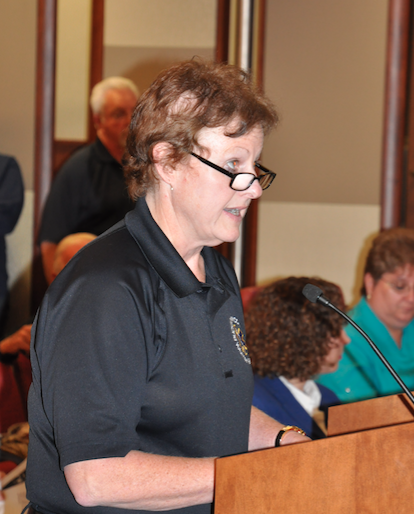 The incoming president, vice president and treasurer of the Buckingham County Volunteer Rescue Squad (BCVRS) agree that criminal wrongdoing was potentially committed during turbulent financial times at the agency.

“The current board had no idea that a lot of these things had gone on … Robinson, Farmer and Cox picked that up,” Dunkum said, referring to the firm that conducted a professional audit.

The July audit reviewed and assessed BCVRS’ finances and business practices from fall 2012 to fall 2015, alleging “mismanagement and lack of accountability,” citing failures to properly monitor finances, overdrawn bank accounts, a loss of about $400,000, thousands of dollars paid in late fees and penalties, bank accounts in the red, tension among volunteers and a “loss of confidence in the general public.”

“It wasn’t us. We don’t know why,” Flippen said about why BCVRS didn’t request the county funds. “I really don’t know.”

The squad commissioned the professional audit after a 2015 internal audit — which examined banking information, spending of funds and purchases — alleged missing receipts, missing invoices, expenditures greater than $500 not authorized by the BCVRS board of directors and multiple credit and debit and check cards “with different names.” That’s when, Dunkum said, squad officials first noticed mismanagement and financial problems.

Acknowledging BCVRS is not running a deficit now, Flippen said that while the squad’s balances are in the black, “there’s never been a budget…. We know we need a budget.”

“That looks like a lot of money. It is a lot of money,” he said, but added it is needed to pay paid crews, career staff and fuel bills.

Since January, Flippen said, squad leadership has been “putting out fires.”

“We founds all kinds of things,” Flippen added.

“We gave them a mess,” Dunkum said of the nine boxes given to professional auditors to examine. “We don’t have anything to hide, because we inherited this mess.”

Flippen said the leadership was trying to fix things. “We know we’ve got issues to deal with. But, we’re going to deal with them,” he said.

“It also led to other things that we found … conduct of members and people not doing things they should do and so forth and so on,” Flippen said; the internal audit “opened up a can of worms.”

Sage said she’s maintained a policy of “no receipt, no money.” She said she never hands someone a blank check with her signature on it or a credit card and never has reimbursed anyone without a receipt of purchase.

“Before Keri took over, that’s what happened,” Flippen said, alleging the financial wrongdoing.

A 2014 Christmas party served as “a real eye opener” for the current squad leadership, Dunkum said. She said almost $11,000 was spent on the party.

“The only thing we approved as membership was the food,” Dunkum, said, which totaled $1,300, adding there were also funds spent on attire. “Nobody knew about the other stuff.”

Dunkum said funds were spent on decorative accessories, like tote bags and coffee cups. A box of thermal mugs was found in an office following the party. Flippen said they even closed an open account with the Home Shopping Network.