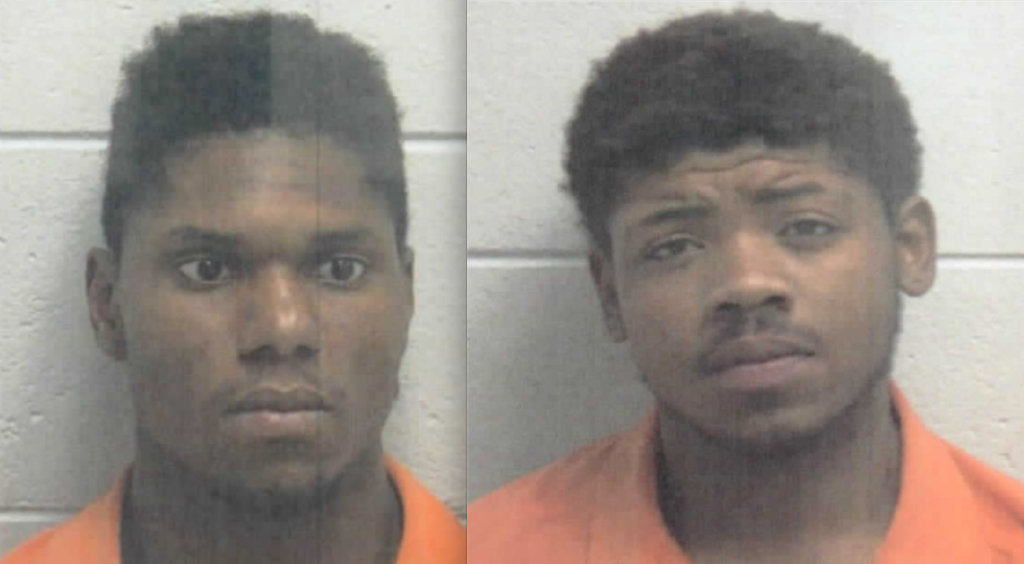 Berry and Austin are charged with breaking and entering, grand larceny, stealing a firearm, destruction of property and grand theft auto in connection with the incidents at Cumberland Napa Farm and Auto Parts, Cumberland Exxon and Carden’s Farm and Home Supply — all on Route 60.

Officials with the Cumberland County Sheriff’s Office say charges are pending against the two regarding the incident at Cumberland Auto Service, also on Route 60.

During Monday’s incident at Cumberland Exxon on Route 60, several lighters, cigarettes and lottery tickets were stolen, in addition to $188 cash. The same day, the two allegedly broke into Cardens.

“They hit Cumberland Auto and Napa on different days,” said Cumberland Sheriff Darrell Hodges. “They didn’t break in Napa. They just stole a car in the parking lot.”

“I know they stole some items and vandalized (Carden’s) … Spray paint on the walls and tore some stuff up. (They) just really messed the place up,” Hodges said.

A third person of interest is being sought, according to Hodges.

Berry and Austin are being held without bond at Piedmont Regional Jail in Farmville.