Following a failed effort to deny the business from locating in Arvonia, supervisors in Buckingham voted 4-2 on Monday to grant approval to a zoning map amendment to construct a Dollar General Store.

The action to grant approval to build the store, which could employ up to 13 people on a part-time basis or possibly eight on a full-time basis, came after the county’s planning commission voted to recommend denial of the request. 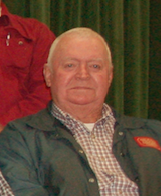 Par 5 Development Group sought the proposal to operate an approximately 9,100-square-foot store on the southwest corner of Penlan Road (Route 671) and North James Madison Highway (U.S. 15). The entrance and exit to the proposed store would be on Penlan Road.

In denying the request, planners cited concerns with the location of the proposed business.

“I can’t see any real reason not to,” said Arvonia resident Roy Knighton, regarding denial of the request during the Monday meeting, saying the store would provide better tax base for the county.

“It’ll give people an opportunity to have a job and I’m sure that the people who live there will shop in that business.”

Knighton admitted that the Penlan Road intersection was “screwy.”

Franklin Wood, along with Clarence Gormus, who live near the site of the future store, opposed the measure.

“I’m for business in New Canton, Arvonia. I’m not against it. Just not at that location,” said Wood, who resides on Penlan Road adjacent to the property in question. “I’ve got five generations that’s lived on that property. Three live on it now … When this is built … We won’t be able to let them kids out in the yard without an eye on them every minute of the time they’re out in the yard.”

Wood indicated he’d be willing to sell his property and leave if the store is built there.

Gormus lives near the site on Route 15. 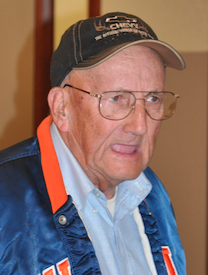 “I’ve lived there for 40-some years. And the neighborhood has been awful nice to me, but (it) looks like it’s going to change a little bit now if they build the … store there.”

District One Supervisor R.C. “Bobby” Jones, who represents the area where the new store is set to be located, said he visited “every house around that potential building site” and only saw one or two people. “Just as many said ‘We want it’ as said ‘We don’t want it.’”

Allen, lobbying against the request, cited the planning commission’s recommendation, adding the request didn’t comply with the county’s comprehensive plan.

“And then we’re going to put this in somebody’s yard,” he said. “Not talking about (how) close (it is) to the house — right in their front yard,” Allen said, adding he didn’t think it was the right location for it.

Lance Koth, of Koth Consulting, who acted as the applicant during past meetings with planners, said “What we’ve done here to make the maneuver in and out is very functional,” adding the traffic count on Route 15 is low enough that it does not meet any threshold for concern. “It’s a nice site to get in and out of … It’s a good, functional site.”

According to a report from Koth Consulting, the business could bring in up to $3,982.50 in annual revenue for the county in the form of personal property, real estate and merchant’s capital taxes.

According to county documents, France W. Ellis owns the property.