Spates gets high honors from FVFD 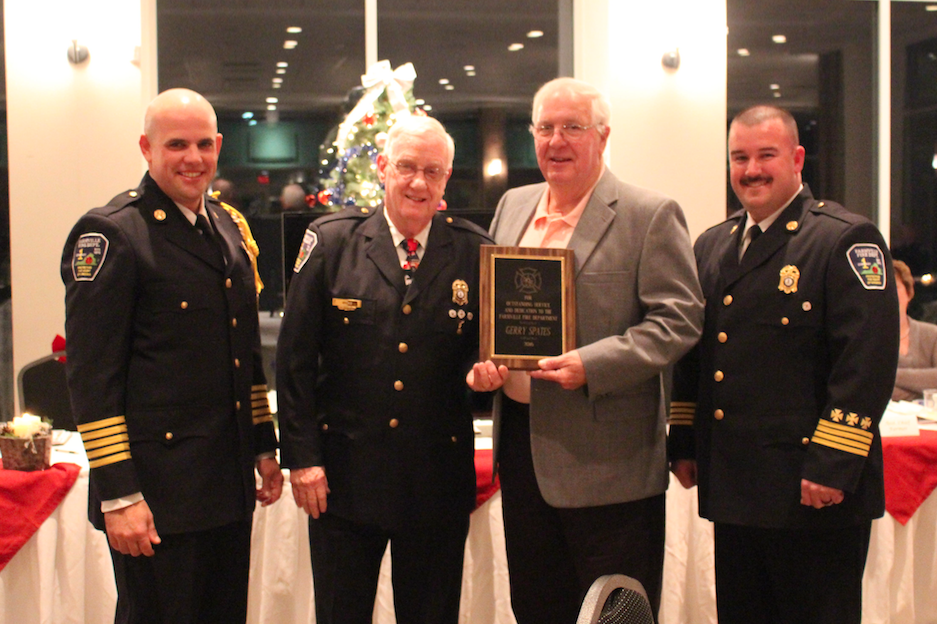 The prestigious award is bestowed during the department’s annual awards banquet and ceremony. This year’s event was held at the town’s Farmville Municipal Golf Course banquet facility.

According to Chief Andrew Goss, the award “goes to somebody not affiliated (with the department), like actually not in the agency, but somebody who has assisted the agency over the years, or over the past year, that’s greatly affected and enhanced our service to the community.”

“Gerry has helped us substantially every since I’ve been chief,” Goss said. “He’s been very much focused on public safety and providing the best public safety that we can provide.”

Spates has been influential “on so many different projects,” Goss said, citing the new fire training center, and Spates’ helping the department purchase new and maintain its equipment.

“He has undoubtedly helped us greatly in providing a better service to the people within our first due area.”

“I think it’s a great honor to get something from a volunteer organization like that,” Spates said on receiving the award. “The fire department does so much for the community. I don’t think I do that much. I help the fire department anyway I can. But they do a lot for us.”

Spates said it’s the firefighters who should be recognized for their hard work.

Though he’s never served on the fire department, he’s helped them fight fires in the past.

“I never was a member. I just showed up and helped anyway I could,” Spates said.

The department, formed in 1870, has bestowed the award to members of the community for many years.

Spates has served as town manager in Farmville for 38 years.