Smith was ‘Born a Fighter’ 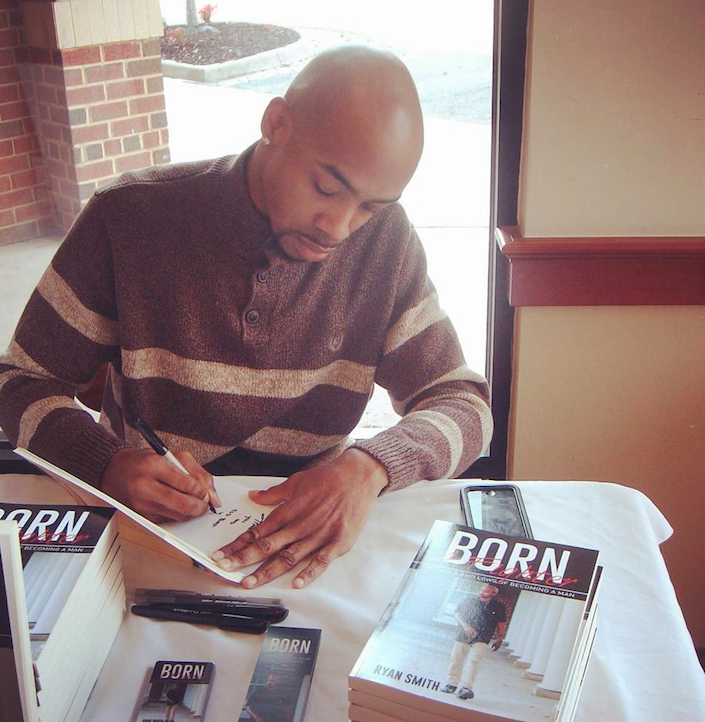 Ryan Smith, who grew up in Prince Edward County, signs copies of his new book, “Born a Fighter: The Highs and Lows of Becoming a Man,” at Longwood University’s Barnes & Noble store in Farmville. The book is part autobiography, part poetry collection, reflecting on Smith’s life growing up with attention deficit/hyperactivity disorder, or ADHD.

At 28 years old, Ryan Smith is already a three-time author. For himself, it’s quite an accomplishment for someone who felt like an outcast while growing up and attending school in Prince Edward County.

He was a hyperactive child who struggled with always feeling different from everyone else. He never knew why until about five years ago when he was 23 and realized he suffered from attention deficit/hyperactivity disorder, or ADHD.

“School was really tough,” said Smith, whose latest book is “Born a Fighter: The Highs and Lows of Becoming a Man.” “It led to feelings of depression and low self-esteem, and I didn’t know why. But, now, looking back, I understand it.”

One day, he said, he decided to read up on ADHD and thought it might apply to him.

“I went to the doctor and he said, ‘Yes, that’s what you have,’ and it made perfectly good sense to me,” Smith said. 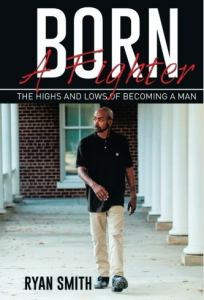 “Born a Fighter” is Ryan Smith’s third book. He has also written “Poetic Man” and “Motives and Thoughts of a Battered Soul.”

He said he grew up with a rebellious streak, angry and depressed, even leaning toward becoming suicidal.

“But I kept fighting and  as I got older, I started getting better,” Smith said.

Not that he’ll ever be “normal.”

“It’s never fully something you grow out of,” he said.

Smith said writing helps. It started back in high school, thanks to a special English teacher.

“I had this teacher, Paul Jenkins,” Smith said. “I remember we did the play Macbeth and Mr. Jenkins wanted me to play the lead.”

Smith balked at first, but overcame his reluctance and played the role.

“Once we did the play, it hit me,” he said. “Writing became a form of therapy. Mr. Jenkins told me to get a journal and start writing. It was a milestone.”

After several years, Smith said he began thinking — more hypothetically than seriously — about writing a book.

“As I began thinking more seriously about it, I just felt I could help other people, especially those with ADHD. Why not share the good, the bad and the ugly? Maybe someone would think, ‘Here’s a guy who went through the same things I am and he didn’t give up,’” Smith said.

“Born a Fighter” is part autobiography, part poetry collection. His other two books, both published in 2013, are “Poetic Man” and “Motives and Thoughts of a Battered Soul.” The new book, Smith said, focuses on his life experiences and going to school.

Currently living in Crewe, Smith is a security officer at Lunenburg Correctional Center.

“People said I wouldn’t be able to do a job like that,” Smith said, because of his ADHD, “but this proves that I can do it.”

Some people take medication to deal with ADHD, such as Adderal, Focalin and Ritalin. Smith has never taken any of them.

“We just thought I was hyperactive as a kid, so I’ve never been on them. I managed for so long without them, after I was diagnosed, I said, ‘Why start now?’” he said.

Smith said he has his good days and bad days, even on the job.

“Sometimes I forget things,” he admitted.

It’s all worth it, though, to have what he called the “surreal” experience of signing books in Farmville at Longwood University’s Barnes & Noble store a couple of weeks ago.

“It didn’t hit me until I drove up and saw the poster with my picture on it,” Smith said. “I got out, walked in and saw the table with the books. And then I saw my Dad, and there was no turning back. It was more than I expected. To see it pay off … it’s a great thing to see my books on the bookshelf.”

Smith uses Xlibris to self-publish his books. They are available on its website, as well as through Barnes & Noble and Amazon’s websites.

And Smith’s advice to young people and adults with ADHD?

“Don’t let this be a negative. Turn it into a positive and don’t let it be a deterrent. Go for your goals and dreams and prove everyone wrong. Don’t let what people say knock you down. Be yourself … don’t change for anybody.”