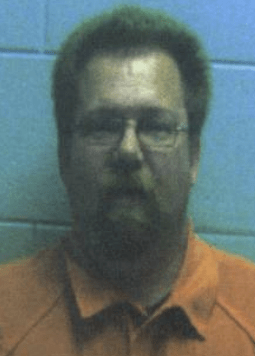 Jamie Russell Slayton, 38, of Farmville, was scheduled to go on trial next week on one count each of child abuse with serious injury, cruelty/injure child, malicious injury resulting in victim injuries and assault and battery of a family member. However, Prince Edward County Commonwealth’s Attorney Megan Clark said Slayton’s trial has been moved to February.

A Prince Edward County grand jury indicted Slayton in April for allegedly shaking and seriously injuring his 3-month-old daughter. Slayton reportedly took the baby to Centra Southside Community Hospital. It was later transferred to Richmond for treatment of life-threatening injuries.

In Cumberland County, Tracie Ann Leach, 20, of Midlothian, and Joshua Eugene Stoner, 24, of Cumberland were set to stand trial Tuesday. Deputies arrested the couple on March 11 after a medical examination determined Leach’s then 19-month-old daughter had suffered multiple injuries.

Both Leach and Stoner were initially charged with child abuse with serious injury.

“She didn’t take her daughter to the doctor immediately,” Ownby explained. “(Leach) noticed she was lethargic and not eating.”

“She was transferred to St. Francis where they determined she had blood between the layers of her brain,” Ownby said.

Online court information, and confirmed by the Cumberland County Commonwealth’s Attorney’s office, shows the court found Stoner guilty of both his malicious wounding and child abuse with serious injury charges. The court also ordered a presentencing report; sentencing is set for Feb. 28.

Leach’s trial was continued. A hearing will be held Jan. 24 to set a new trial date.

On Dec. 9, April Joy Long, 37, of Farmville, is set to go on trial in Prince Edward County for child abuse with serious injury for an incident that allegedly took place on July 1, 2013. Officers arrested Long, and her 40-year-old husband, John Joseph Long, more than two years later on Sept. 23, 2015. According to an arrest report in the Herald at the time, the listed charges appeared as “abuse and neglect of children endangering health.”

April Long’s trial has been repeatedly continued since December 2015. She will also be on trial Dec. 9 for assault on law enforcement or Department of Corrections personnel. The charge stems from an incident recorded on Feb. 27.

John Long’s trial has also been continued several times since December 2015. On Nov. 22, the court continued his trial until March 2.

Clark said April Long’s matter is now set for a plea, and added the Longs were also charged in Cumberland County.

“The majority of her bad acts took place in Cumberland,” Clark wrote in an email, “and she has been sentenced there already. Her matters are set at a separate time than her husband … because his matters are still pending in Cumberland County and set for a jury trial.”

Also on Dec. 9, a trial is set for Michelle Nicole Warner, 23, of Farmville. Records show Warner is charged with “abuse child, disregard life,” stemming from her Feb. 29 arrest.

In September, a Prince Edward grand jury indicted Warner. An arrest report from the time of her arrest listed her charges as possession of marijuana; four counts of manufacture, sale or possession of a controlled substance and abuse; and one count of neglect of children.

Clark confirmed Warner’s charges stem from allegations of drug abuse in the presence of her small child.