Farmville Area Habitat for Humanity has big goals for the new year, with plans already established to help several surrounding counties. Habitat just finished a big fundraising effort and locked in some new homeowners for 2017, according to Community Outreach Director Sam Rabon. 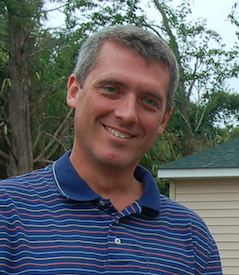 Giving Tuesday was held the Tuesday following Thanksgiving. The day included a special Facebook event Habitat called “The 12 Hours of Giving.” Beginning at 9 a.m., the organization conducted a Facebook Live interview at the beginning of each hour for 12 hours.

“We talked with homeowners, volunteers and board members,” Rabon said.

He said participants raised close to $2,000 while also raising awareness for Habitat for Humanity. Combined, the videos drew more than 5,000 views, Rabon said.

According to a press release, 2017 is set to be Farmville Habitat’s biggest year since it began 26 years ago.

This is for many reasons, according to Rabon.

“Our Charlotte County leadership team, started just over a year ago, has worked very hard to lay the foundation for a solid program in that county,” he said as an example.

In addition, the Buckingham County leadership group is doing a “great job” to both get the community excited and to prepare for back-to-back projects coming up, he said.

“Our partnership with USDA Rural Development has continued to grow and allows for us to build with even more families,” Rabon said.

He said Habitat’s staff has grown, making room for Rabon’s position, due in part to a Capacity Building grant received this year.

“Of course, none of this would be possible without the continued commitment of volunteers and donors who embrace the simple belief that everyone deserves a decent place to live,” Rabon said.

He said the holidays are a reminder of family and traditions.

“The thought of having a place to call their own where a lifetime of family gatherings can now occur and where new traditions can be formed provides a strength and stability for families which can have a positive effect,” he said.

This Christmas, several families celebrated the promise of a new home in 2017 or the excitement of having just moved into a new house, thanks to Habitat.

Lisa Scott-Hicks recently moved into her finished home in Farmville. According to a press release, not only did Scott-Hicks celebrate Thanksgiving in her house, but also made Christmas memories there.

“They have been approved, have completed their (16 hours of) homeowner education courses and are currently working on their sweat equity requirements where they work alongside volunteers on their own home and the homes of others,” said Rabon.

He said work is currently underway on Scott’s home in Dillwyn. Scott is a registered medical assistant living in a space that is too small for her family. According to the release, its location is too far from town for her children to participate in extracurricular activities.

“Marquita knows that, at the end of this experience, she will be the proud owner of a home that provides enough room for her family and opens the door to new opportunities that come with homeownership,” Habitat leaders said in the release.

In Cumberland County, Mullins and her family will go from living in a hunting cabin to owning their own house during the new year. Meanwhile, the Clarke family knew about Habitat from family members volunteering with the program in other states.

Chatman, a certified nursing assistant, will have a home for her and her kids in Prince Edward County.

“As excited as she is, her enthusiasm might be topped by the children,” the release said. “Hardly a day goes by where they do not ask when they will get to see their new home.”

“For all of our homeowners there is a great financial impact as they are now able to save more money each month due to their affordable mortgage and affordable utility bills that come with owning an energy efficient home,” Rabon said.

He said new homeowners take great pride in their homes because they help build them with their own hands.

“Many see it as a blessing and want to continue to partner with Habitat as volunteers and ambassadors in order to help others realize the same dream they did,” he said.