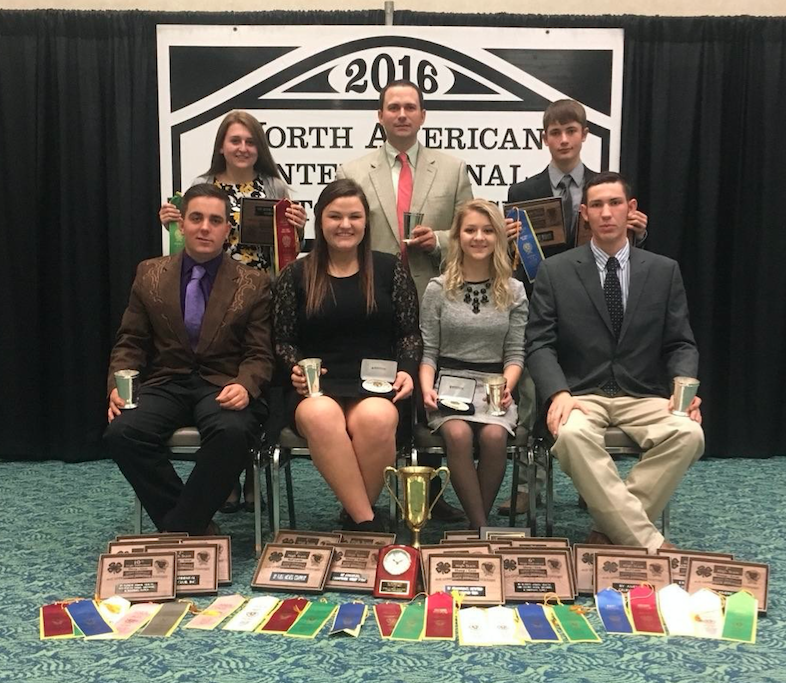 Sarah-Jane French, second from left, front, a senior at Fuqua School, was a member of Virginia’s State 4-H Livestock Judging Team. The team was named 2016 National Champions after competing against 32 other states on Nov. 15 at the North American International Livestock Exposition in Louisville, Ky. The team was second in sheep/goat judging, sixth in swine judging, third in beef judging, fourth in oral reasons and first overall. Sarah-Jane, who was the 14th high individual overall, is the daughter of Rob and Tina French, of Cumberland, and a member of The Heart of Virginia 4-H Livestock Club and Fuqua School Future Farmers of America. With her are fellow judging team members, from left, front row, Kam Childers, Jenna Kibler, Simon Liggett; back row, Cassie Simmons, Coach Bain Wilson and Cole Reeves. Not pictured is Jake McCall. Congratulations to Sarah-Jane and her team! (Send “Way to Go” photos with names and a description to waytogo@farmvilleherald.com.)

Your turn — Let’s water our inflation and grow lies

Your turn —August snowballs continue, so does the hype

Your turn — Establish your legacy