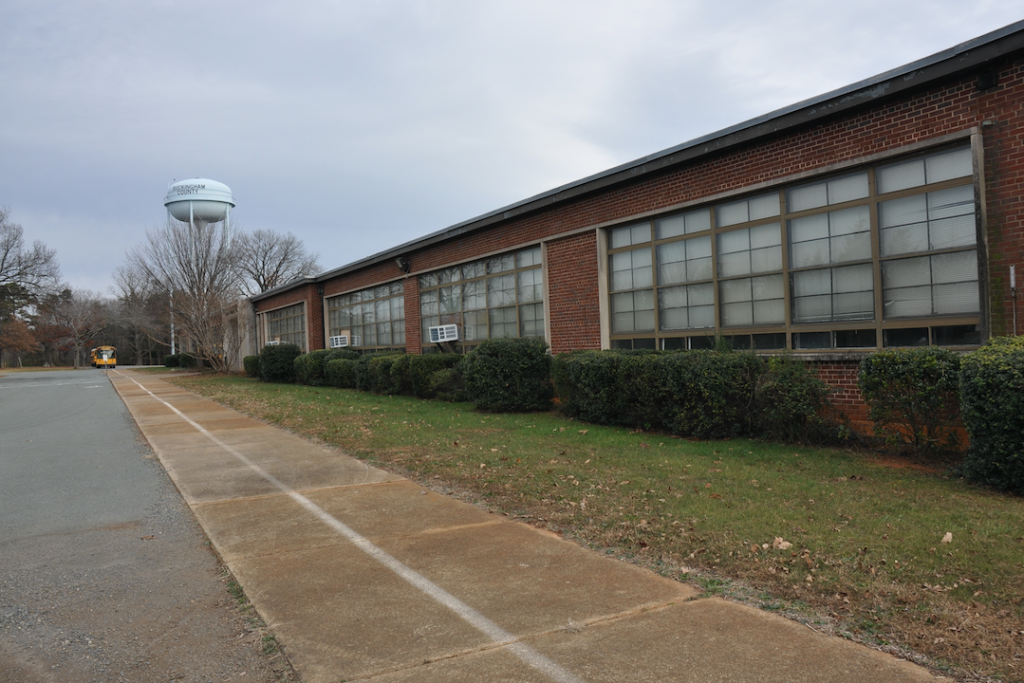 JORDAN MILES | HERALD Crabtree, Rohrbaugh & Associates (CRA) architects, of Charlottesville, will evaluate if the former Dillwyn Primary School building, pictured, can be renovated to house a new public library. The study will cost the county $23,095.

Supervisors in Buckingham unanimously voted Dec. 12 to authorize contract negotiations with Crabtree, Rohrbaugh & Associates (CRA) architects, of Charlottesville, to determine if the former Dillwyn Primary School building can be renovated to house a new public library.

For more than a year, library supporters have lobbied for a new building rather than renovating an old one.

According to a memorandum from Assistant County Administrator and Finance Director Karl Carter, the contract price for the firm’s services is $23,095.

In July, supervisors unanimously voted to issue the request for proposals to study the building.

CRA will determine if it’s feasible to renovate the old school to house a library facility of about 10,000 square feet and examine engineering and architectural aspects of the building, constructed in 1954.

The summer action by supervisors came after 11 people spoke in support of the construction of a new library rather than using the vacant school building.

“Emphasis should be paid to the structural integrity of the building, the need, if any, for the abatement of asbestos and a cost estimate without doing an actual design to modify the former school to house a library…” District One Supervisor R.C. “Bobby” Jones stipulated in a motion in July.

Before Jones offered the motion, Library Liaison Committee member H. Spencer Adams listed reasons why the supervisor-appointed committee thought that the old school would not be suitable for the new library. Jones said that if the building is structurally sound, part of it could serve as a community center and house school offices and school athletic offices.

“There’s just multiple things (that) can be housed in there if it is suitable structurally,” he said.

In October 2015, supervisors unanimously voted to designate 3.5 acres of county-owned property on Wingo Road adjacent to the Buckingham Recycling Center just off of U.S. Route 15 near Dillwyn for the proposed new library. The action also stipulated that the county’s library liaison committee could move forward with the preparation of “necessary construction documents” for a building that the county would own and lease to the library.

“Why not go ahead and get a study on the building to find out what we can do with it?” said District Four Supervisor Morgan Dunnavant. “I don’t think anybody on the board is against the library. I think we want to move forward with it as frugally as possible.”

In July, Adams said the former school was more than 24,000-square-feet, which was more than two times the size of what’s needed for a new library. He said the structure corridor of the old school would have to be completely modified for the building to work as a library. He also said that the classroom design of the building “does not translate into the open needs of a library.”

He noted that all systems in the building would need to either be replaced or removed to make it work as a library.

“The building is not ADA compliant. Multiple bathrooms would have to be added to allow for after-hours access to public meeting rooms,” he said.

Adams said there is asbestos and lead paint in the building “that would have to be dealt with in any renovation.”

He said the roof is not covered by a warranty and the removal of an underground oil tank could cause potential environmental problems.

Last October, Adams, on behalf of the committee, presented plans to build a new $2 million 9,580-square-foot library — a redesign of the original proposal.

“Based on average construction cost data, preliminary analysis and the redesign of the library building, this project could be completed for an estimated $1.8 to $2 million,” a liaison committee report stated.

Several other committee recommendations to the original plans included removal and changes to numerous building features, including elimination of a cupola, replacing an open span vaulted ceiling with a simpler flat one and removal of certain corners of the building and several windows, Adams said.

Last fall, reporting on the site plan at the Wingo Road location, Adams said that the facility “fits very well into this site … That worked out real well as far as the piece of land that’s there … The test results revealed a soil structure with overall low shrink-swell potential that can hold a structure supported on a shallow, convention footing foundation system. Neither groundwater nor the existent soil type is expected to adversely impact foundation/utility construction.”

County Attorney E.M. Wright Jr. will negotiate the contract with CRA on behalf of the county. According to Carter’s memorandum, the committee received seven interested firms, interviewing four.

The committee, which examined the bids, was made up of County Administrator Rebecca S. Carter, Dunnavant, District Three Supervisor Don Matthews, Wright and Karl Carter. The committee recommended CRA.