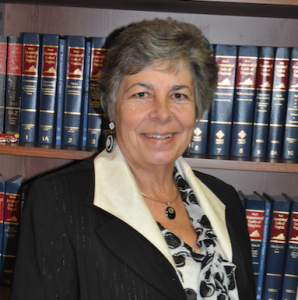 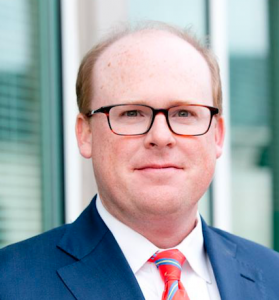 Wilson’s decision to practice law stemmed from her passion of helping others, she said, and learning from her father, the late Landon G. Atkins, who owned a real estate firm for many years in Farmville. When Wilson was a small child, she’d join her father at court cases where he was an expert witness on property values in condemnation suits filed to widen Route 60 in Cumberland County.

“But really, at age 13, I decided I wanted to be a CPA,” Wilson said, “because my father was heavily involved in real estate, but he would not make a single purchase or decision without calling his accountant. And I thought, ‘That’s where I want to be … being in that team with helping people.’”

After spending more time with her father, watching him work with people, her inclinations changed.

“‘I might like to be a lawyer,’” Wilson told her father at a young age, something her father, she said, was excited to hear.

After graduating from Prince Edward Academy, Wilson attended the University of Richmond. Ironically, she graduated in 1982 with an accounting degree.

Wilson then entered the University of Richmond’s T.C. Williams School of Law. After school and passing both the state bar and CPA exam, she worked for public accountants in Richmond.

One day at work, she overheard a friend tell a sibling where to find their late father’s list of assets. The man died in a car accident just a few days before.

“I want to go home when my parents are well,” Wilson said, referencing the overheard conversation. “I said, ‘I want to go back, and have a business where I grew up.’”

She decided to return  in 1988 to Farmville, where, while she had intentions of starting her own accounting firm, she joined her father in real estate.

“My dad had a business here since 1946 … and I thought, ‘Well, I sold Girl Scout cookies. So, I can sell houses or land or whatever,’” she said.

Wilson acquired the assets of Landon G. Atkins Real Estate after her father died in 2001.

“I’ve always wanted to be on Main Street in Farmville,” Wilson said when asked why she decided to practice law full time. “I’ve come full circle. What I set out to do in 1988, I now had an opportunity to do that, to have my own business.”

She credits God for her success and professional journey.

“I really have grown to love Main Street … I also had wanted to be a Main Street attorney, too,” said Wilson.

Elder, who’s set up shop above Davenport and Company at High and Main streets, grew up on a farm in Charlotte County.

After graduating from Randolph-Henry High School, he attended Hampden-Sydney College, graduating in 2002. Elder worked for the college, traveling throughout the South. That’s how he learned about Samford University in Birmingham, where he graduated in 2007 with a law degree. For a while, he practiced in Washington, D.C., but decided to come home.

“I had my fill of the big-city experience because it was just different. I never went into court, I never met with clients,” he said.

Elder said he enjoys working in Farmville because “you get to make real connections with people and see the product of your work. That’s different from working in a larger setting.” Here, Elder said, he really gets the sense he’s helped someone.

“These days, I handle a lot of real estate, a lot of estate planning, a lot of civil litigation, a lot of business formation and representing companies and business law,” Elder said, adding he represents the town of Farmville as well. “It’s also important to feel like we’re a part of the community. I didn’t want to be in a stand-alone building on the edge of town. I wanted to feel like we were at the heart of where things were actually happening.”