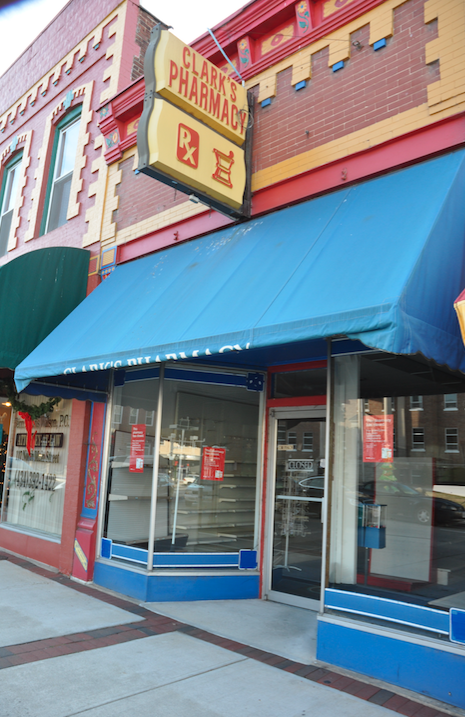 JORDAN MILES | HERALD CVS has purchased the pharmacy side of the Clark’s Pharmacy business, which served Farmville and the surrounding area for 29 years. Only bright red CVS Pharmacy signs now hang on the door and windows.

CVS has purchased Clark’s Pharmacy — not the building, but only its prescription business.

The closure of the longtime downtown pharmacy came as surprise to the community. Bright red CVS Pharmacy signs, indicating the store was closed and prescriptions had been transferred there, now serve as a foreground to the inside of the empty store, which lacks shelves and stock.

Clark’s — located at 119 N. Main St. — was a family pharmacy when it opened in December 1987, according to the Farmville Area Directory and Newcomer’s Guide.

“CVS and Clark’s worked together closely to ensure this was a seamless transition for customers with no interruption to their pharmacy service,” Lanctot said.

According to county records, the commercial building is owned by Alfonsa and Catherine M. Lombana, of Farmville.

Efforts to reach the owners were unsuccessful.

The building was constructed in 1911.

The property, zoned commercial/industrial, has an assessed value of $75,800.

According to the directory, Jerry Clark, who opened the store, had “been a pharmacist for large drug stores for 18 years” before the store opened, and worked in Farmville since 1972.

For many years, Clark’s operated under the Good Neighbor Pharmacy label.

“This pharmacy has closed,” reads the signs on the door and windows. “Your prescriptions have been confidentially transferred to CVS Pharmacy.”