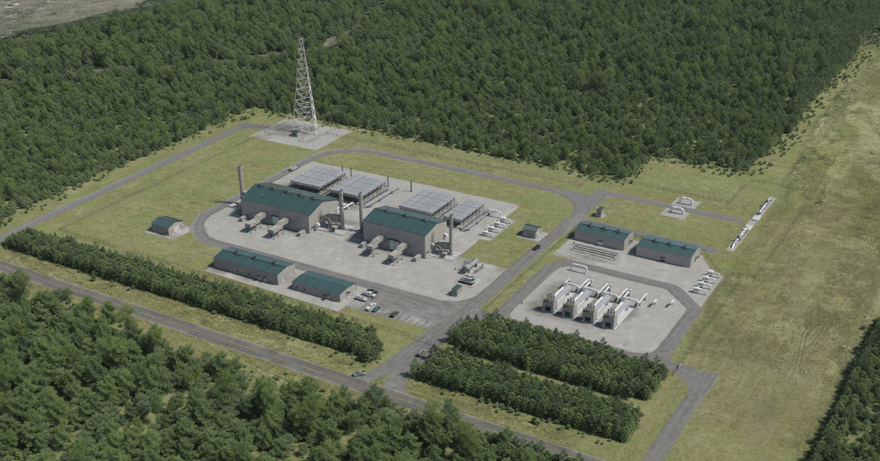 DOMINION During Monday’s board meeting, 17 people condemned the natural gas pipeline project, being led by Dominion as part of ACP, LLC. Supervisors set the hearing for next month during Monday’s meeting. Only one speaker supported the project.

A public hearing is set for Thursday, Jan. 5, at 6 p.m. for members of the Buckingham County Board of Supervisors to hear public comment on a requested special use permit for a 53,515 horsepower natural gas-fired compressor station as part of the proposed Atlantic Coast Pipeline (ACP) project.

The action means that a final decision on the permit needed for the station could come during the board’s regular Jan. 9 meeting. The hearing will be held in the Peter Francisco Auditorium in the County Administration Complex on Route 60. 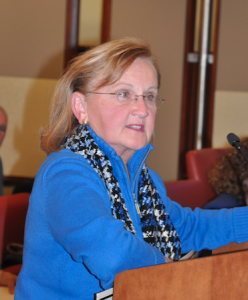 During Monday’s board meeting, 17 people condemned the natural gas pipeline project, being led by Dominion as part of ACP, LLC. Supervisors set the hearing for next month during Monday’s meeting. Only one speaker supported the project.

“Please consider your constituents and be on the lookout for our health and welfare,” said John Laury, who lives near the site of the proposed station. He said he was “deeply concerned” about the proposal.

Opponents of the compressor station — a project that was endorsed by county planners last month, along with 40 permit conditions — said the station would affect those living near it and in the county, citing concerns over noise, air emissions, property values, quality of life and water.

Kenda Hanuman asked supervisors to “see the larger picture” regarding the project and compressor station — which hinge on approval from federal regulators. 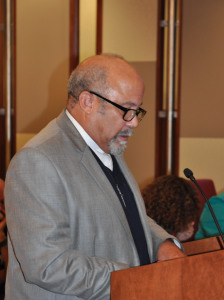 JORDAN MILES | HERALD
Pastor Paul Wilson, who preaches at two churches near the site of the proposed compressor station, said the action of county planners in recommending approval of the needed permit was an “embarrassment.”

“Whose dominion do you serve?” she asked supervisors, posing responses of Tom Ferrell, Dominion Resources’ president and CEO, or “our creator’s?”

County planners recommended approval of the permit after hearing nearly united opposition to the matter in late November. If approved, the facility would be located along Route 56 between Union Hill and Shelton Store Roads, and would help transport the natural gas through the 600-mile pipeline, which would span Buckingham County.

Douglas Ange, who said he worked with pipelines across many states for 40 years, touted the project as being safe, noting increased safety with the natural gas being transported underground rather than in trucks on the roads.

Joe Abbate, who represented Yogaville, a spiritual community in northwestern Buckingham, and Yogaville Environmental Solutions, cited a Herald online poll which 87 percent of respondents were against the pipeline.

Marie Flowers called the public hearing “a farce,” citing a Herald article that discussed supervisors’ feelings on the proposed ACP.

Heidi Dhivya Berthoud cited increased seismic activity in the region and the adverse effects an earthquake could have on the pipeline and compressor station. She noted “weaker standards” for the ACP, calling the station an “easy target for terrorism.”

The recommended conditions from planners address a wide variety of topics related to the compressor station, including horsepower, emergency response, air quality studies and emissions tests, installation of fire breaks, a backup emergency communications system, compliance with the permit, staffing and use of silencers and noise.

Conditions include a minimum of one employee, contractor or third-party security staffer be present onsite 24/7 during the first year of operation, installation of a backup system for monitoring communications and emergency notifications, a third party firm conducting air quality studies and emissions tests, development of a crisis response plan, the collapse of structures within subject property lines and grass or gravel fire breaks between the facility and adjacent properties.

Joe Abbate cited a Herald online poll, where 87 percent of respondents were against the proposed compressor station.

Quinn Robinson called the potential of county access to a tap on the proposed ACP a “ploy,” while Annie Lou Parr questioned the non- binding memorandums of understanding the county is set to enter into to have access to the tap that Kyanite Mining Corp. is seeking.