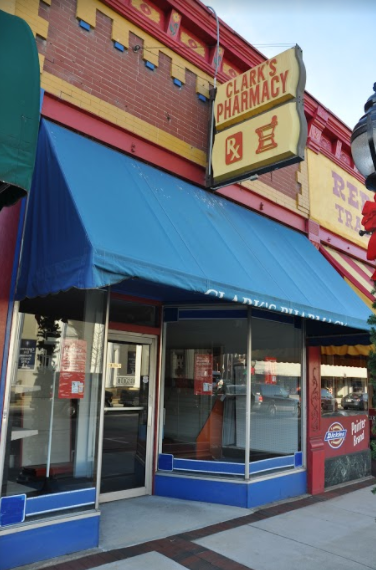 JORDAN MILES | HERALD Clark’s Pharmacy, which served Farmville and the surrounding area for 29 years, has closed it doors. Only bright red CVS Pharmacy signs now hang on the door and windows.

Bright red CVS Pharmacy signs, indicating the store was closed and prescriptions had been transferred there, now serve as a foreground to the inside of the empty store, which now lacks shelves and stock.

Clark’s, at 119 N. Main St., was a family pharmacy when it opened in December 1987, according to the Farmville Area Business Directory and Newcomer’s Guide.

Attempts to speak to Jerry Clark, who opened the store, were unsuccessful. He had “been a pharmacist for large drug stores for 18 years” before the store opened, and worked in Farmville since 1972.

For many years, Clark’s operated under the Good Neighbor Pharmacy label.

“This pharmacy has closed,” reads the signs on the door and windows. “Your prescriptions have been confidentially transferred to CVS Pharmacy.”