The Prince Edward commonwealth’s attorney said she will not pursue criminal charges in a Dec. 4 altercation between Longwood University and Hampden-Sydney College students.

“Although this office does not condone the behaviors of any parties involved in the altercation, after a review of the information provided, the Commonwealth will not prosecute any individuals,” Commonwealth’s Attorney Megan Clark wrote in a letter to the investigating officer. She also sent copies to Longwood Police Department Chief Robert Beach, Longwood Vice President of Student Affairs Dr. Tim Pierson and Longwood Director of Athletics Troy Austin. With Clark’s approval, Longwood officials made the letter available to The Herald. 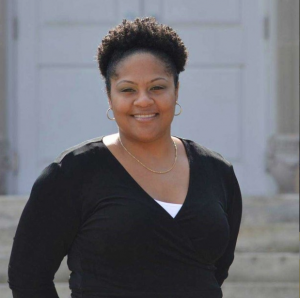 The fathers of three Hampden-Sydney students claim their sons were assaulted by a number of Longwood University basketball players early in the morning of Sunday, Dec. 4, on the H-SC campus.

Byron Vaught and Steve Fussy said their sons were hurt during a series of assaults when they tried to protect other students and each other from their alleged attackers.

According to an H-SC Department of Security and Police report provided by Vaught, a campus officer — identified as “Officer N. Malave” — arrived at the college’s Tiger Athletic Club (TAC) around 12:30 a.m. Malave reported being informed by several students that Vaught’s son was struck and knocked out.

“I immediately went to the AXE house next door. I found (Vaught’s son) laying on the ground,” Malave reported. “He appeared to be waking up but was still disoriented.”

Malave also reported hearing another fight had allegedly broken out by the Kirk Athletic Center, but the report provided no details. The officer also reported speaking to a witness who identified the person who allegedly assaulted Vaught’s son.

Malave submitted the report to H-SC Dean of Students Dr. David Klein the next day.

Vaught said his son — who is a member of H-SC’s football team — suffered injuries from which he is still recovering at their home in Ashland.

“He’s fairly dizzy most of the day and is in therapy every day,” Vaught said. “He can’t read or study.”

Vaught and Fussy said at least two other people, including another student-athlete, were assaulted and injured.

Despite the allegations and Malave’s investigation, Clark said she is not pursuing charges against anyone involved.

In the letter, Clark said, “There are multiple versions of what occurred … and, as such, although the Commonwealth believes there may be probable cause to charge individuals, the Commonwealth is equally as certain that we would not be able to prove the case beyond a reasonable doubt (as is required in any criminal matter).”

She said the only consistent information appears to be that students from Longwood University attended a party at the H-SC TAC, the students were asked to leave the party and did, students from H-SC followed the Longwood students and a fight ensued.

Clark also said the inconsistencies in the accounts include why the Longwood students were asked to leave, what was said by the students involved, how the physical altercation began, whether that altercation was “mutual” and whether some individuals were defending themselves or active participants.

“It’s unfortunate because I definitely don’t condone the behavior,” Clark said during an interview Monday. “It’s not that I’m not sympathetic to the parents.”

“As the Commonwealth’s Attorney noted, there are a number of substantially varying accounts from those present at the incident,” said Matt McWilliams, Longwood Unviersity’s assistant vice president for communications.

H-SC Director of Communications and Marketing Gordon Neal said, “An incident occurred on campus in the early hours of Sunday, December 4, and campus police followed standard protocols and responded in a timely manner.”

Fussy said his sons told him the alleged series of assaults began after the Longwood basketball players showed up at the TAC looking for a specific football player who had reportedly tried to “pick up” one of their girlfriends the week before. He said one of the Longwood players reportedly lit a marijuana joint and was asked by an H-SC student to leave. Fussy claimed the players attacked that student.

After allegedly attacking the student, the basketball players reportedly moved outside, found the football player they were looking for and attacked him, Fussy said.

That’s when Vaught said his son got involved. He said his son came to his teammate’s defense and refuted the idea that his son “pursued” the Longwood players.

“He did not pursue because he was knocked unconscious from a sucker punch, basically on the steps of the house where they were asked to leave,” Vaught said. “The reason my son was (there) was because somebody had communicated to him that (the other football player) had been jumped right outside the house after the basketball team had been asked to leave the premises. So, my son rushed out to his aid and that’s when he was sucker punched from behind and knocked unconscious and wound up going to the hospital.”

Malave’s report confirms that an ambulance was called to the scene.

Vaught said his son told him his teammate was jumped by three or four Longwood players and was already on the ground. He said his son tackled one of the Longwood students.

“(My son) had him on the ground and said, ‘Y’all need to leave right now.’ He then got up to return to the party and he told me, ‘The next thing I remember, I woke up in the hospital,’” Vaught said.

Fussy said his sons became involved at this point, one of them having been inside the TAC at the party, the other approaching the club.

“They saw a kid on the ground being knocked out and being kicked,” Fussy said.

He said his sons decided they would escort the basketball players back to their cars “because they felt they were a huge threat.”

“I didn’t raise my sons to walk away from something like that,” Fussy said.

One of his sons told the Longwood students he was going to take their picture so they would know who they were.

Including his sons, there may have been five or six H-SC students confronting the Longwood players, but several of his sons’ friends backed off, leaving them “outnumbered,” he said, leading them to get injured.

Vaught and Fussy said Hampden-Sydney “has not been in front of this as much as we had hoped they’d have been for a school that is supposed to have a reputation for brotherhood. The silence is deafening.”

Fussy said he wants the school to be accountable and for the Longwood students to be disciplined.

“As a parent … I’ve just never seen anyone react as poorly as Hampden-Sydney has,” Fussy said. “I would have thought they would want to send a message that they are not going to tolerate this on their campus.”

(The online version of this story has been modified to include comments from Longwood University and Hampden-Sydney College spokesmen.)