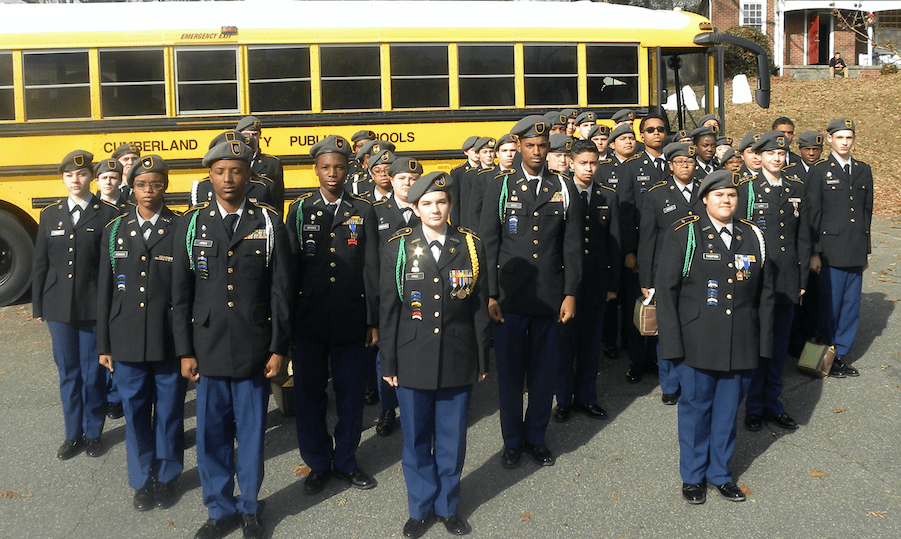 These JROTC cadets from Cumberland High School (CHS) had the opportunity to attend a World War II Commemoration event at the Robins Center in Richmond.

On Dec. 8, Cadets in Cumberland High School’s JROTC program traveled to the University of Richmond’s Robins Center for a special program marking the 75th anniversary of the United States’ entry into World War II on Dec. 8, 1941, one day after the attack on Pearl Harbor. The program, “Dawn of Infamy: America Goes to War,” paid tribute to the men and women who served in the armed forces during World War II.

The program began with a parade of more than 80 World War II veterans, who were escorted to their seats by active-duty members of the military.

Cumberland JROTC cadets were among the hundreds of family, friends and citizens who gathered to honor these veterans for their service.

Cumberland County Public Schools also served as a remote showing location for the event. Veterans and other community members were invited to gather in the Cumberland Elementary School media center for a live stream of the event on a big screen. 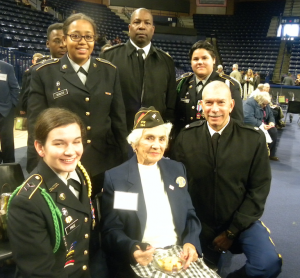 In addition, many students in history and related classes joined the hundreds of people livestreaming the event in their classrooms.