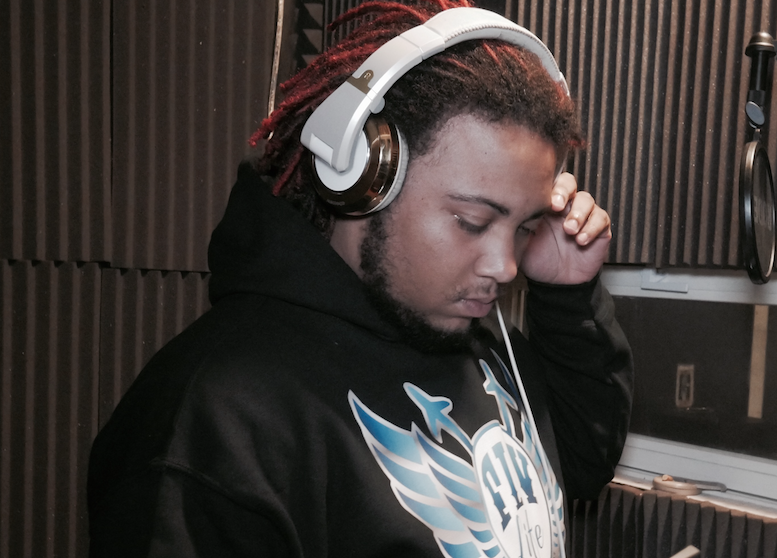 A Buckingham native is giving back to the younger generation through his passion for music and art.

Deonte Chambers, born and raised in Buckingham County, is better known as Fly Deezy for his work as a recording artist. Through his brand, Fly Life, Chambers works with video, photography, graphic design and project hosting. Recently, Chambers dedicated himself to mentoring young people throughout the state.

“My plan for 2017 is to lead the youth by a positive example and help put them in position to brighten their future,” said Chambers.

Chambers owes his passion for mentoring to Buckingham, he explained, because it was there where he first began getting involved with youth programs, such as high school football.

“Growing up, I didn’t have a mentor when it came to the music scene,” Chambers said. “I had to learn everything on my own from songwriting to the business side, which wasn’t easy.”

Because he likes to see others succeed, he feels compelled to scout upcoming artists and provide them with sources to benefit them.

“The more sources you provide, the more of an output you will see,” he said, adding this can open up lanes for connections and opportunities for the budding musicians.

One of the ways he inspires other musicians is by acting as a positive role model through his own art.

“I showcase my hard work and I constantly check on some of the youth that are following the path that I took, whether it’s a phone call, text or listening to some of their music and voicing my opinion,” he said.

Chambers said “Fly Deezy” spreads positive knowledge to everyone, not just the younger generation. On several occasions, Chambers has provided families with school supplies, in addition to guiding prospective artists so they stay on the right path.

“I have given the local youth an outlet to voice their opinion, a promotion source for music and videos,” Chambers said.

He helps others learn how to generate an income on their own through hard work.

“I’ve watched most of the youth grow up into young men and I’m very proud of the ones making positive decisions with their life,” Chambers said.

Fly Life has become more than just the name of the first Fly Deezy album; it’s a brand now. Chambers hopes to see his brand grow as a guide for young men and women searching for guidance.

Chambers said people call him “Fly” because of his brand and album.

“I consider it being a way of life and not how you dress or appear to the public,” he said.

Chambers looks at some of the younger artists and he sees himself. He remembers watching videos of famous musicians with his dad and saying he wanted to do that.

He knows, though, the journey to success would not be an easy one.

He’s released a number of singles, both his own and of other Buckingham artists.

These songs have generated more than 525,000 streams worldwide, gained radio play from the states and Toronto, Canada, and given Chambers the opportunity to travel for music videos, photo shoots and interviews.

“I have been in communication with a few major record labels in regards to a distribution deal,” he said.

To learn more about Chambers and Fly life visit www.flydeezy.com.