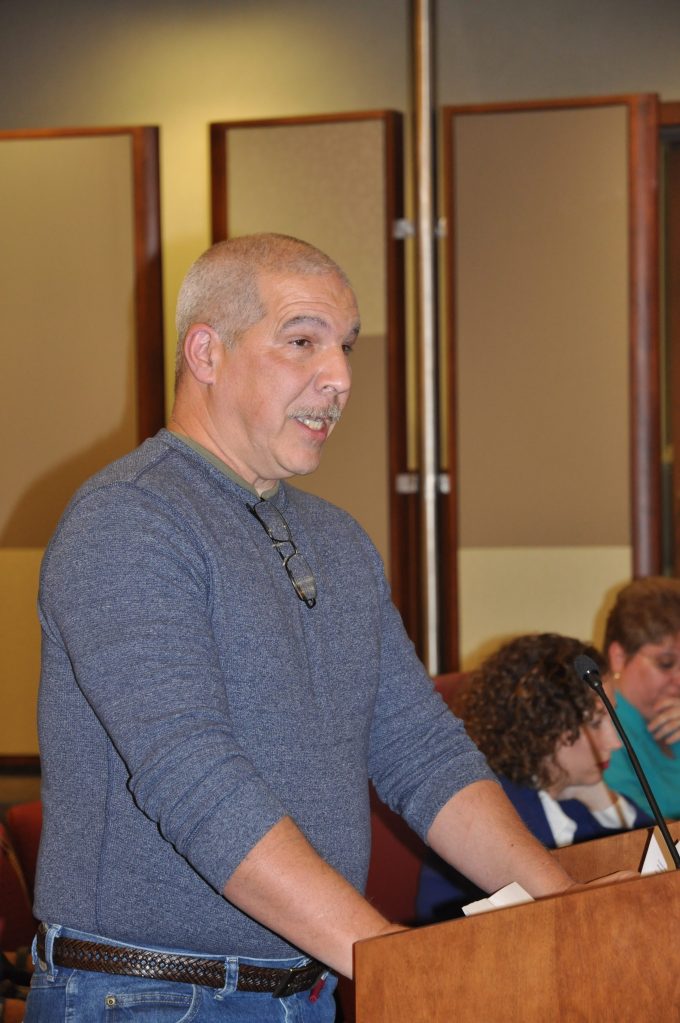 JORDAN MILES | HERALD Mark Schneider, a volunteer with the Buckingham County Volunteer Rescue Squad, called the hiring of contractor DRT a cover up.

A July audit reviewing and assessing the Buckingham County Volunteer Rescue Squad’s (BCVRS) finances and business practices from fall 2012 to fall 2015 alleges “mismanagement and lack of accountability” with the agency’s finances, citing failures to properly monitor finances, overdrawn bank accounts, a loss of about $400,000, thousands of dollars paid in late fees and penalties, bank accounts in the red, tension among volunteers and a “loss of confidence in the general public.”

The audit, commissioned by the BCVRS, was released to members of the Buckingham County Board of Supervisors on Monday before Lisa Dunkum, the squad’s president-elect and public relations officer, addressed what she termed “misinformation” offered during the board’s November meeting by former squad member Jimmy Strong. Strong had alleged that volunteers were being “kicked out,” along with the kicking out of former medical services and transport contractor University of Virginia’s (UVa) Medic-5, being replaced with contractor Delta Response Team (DRT) and not having enough volunteers to man the agency. 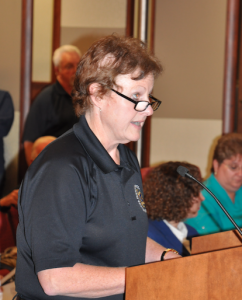 The squad asked Robinson, Farmer, Cox Associates to perform the audit after a 2015 internal audit alleged missing receipts, missing invoices, expenditures greater than $500 not authorized by the BCVRS board of directors and multiple credit and debit and check cards “with different names.”

“Due to the complexity and inconsistency with purchases, etc., for the last year, an audit by a professional needs to be made,” the internal audit reads. “Once this has been completed, it needs to be brought back to the board for discussion of the findings.”

According to Kerry Flippen, the squad’s current chief operating officer and incoming vice president of BCVRS’ board of directors, the squad recently issued a request for bids to emergency medical service providers, with Appomattox-based DRT returning the lowest bid.

BCVRS had used UVa’s Medic-5 since contracted crews were first used in Buckingham in 2006.

Dunkum told supervisors several months ago an “unsolicited bid” from DRT was sent to BCVRS. She said it was forwarded to UVa, “requesting a review of the contract pricing that we currently had in an effort to have them lower their current pricing service. They were informed that BCVRS could be looking to bid out services for the paid services in Buckingham County. And there was no response from UVa at that time.”

“We have not kicked out UVa,” Dunkum said. “This was done through a bidding process, and it was done because of financial reasons. It was not done because of personal reasons, because of wanting to have a certain service in there or whatever.”

According to Dunkum, BCVRS has about 40 members, including active, inactive, lifetime and junior members. She later added that the squad has 10-12 “running members.” 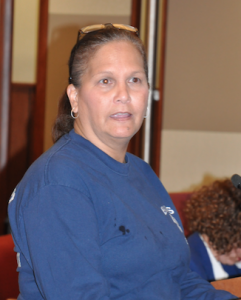 JORDAN MILES | HERALD
Longtime BCVRS volunteer Lisa Taylor-Jones said the squad had to be operated like a business.

While Flippen said in an earlier interview he’d “rather not” divulge the cost of the contract with DRT, which began serving the county on Thursday, he said the difference in cost between Medic-5 and DRT was “substantial.”

Flippen responded that with the “significant difference” between the bids, squad leadership was able to add another paid crew to ensure  coverage was adequate during the week and weekends.

“So then this bid is erroneous?” Bryan asked.

“That was a second contract,” Dunkum said. “The first contract was not that one.”

After applauding the volunteers, District Four Supervisor Morgan Dunnavant said “something had to be going on because there is some ruffled feathers in your house … There’s something going on that needs to be resolved.”

“We’re working on resolving that,” Flippen responded, maintaining DRT was the lowest bidder. “As far as ruffled feathers go, yes, there are problems in there, and we’re working on it.”

In response to Dunnavant stating he’s had volunteers come to him saying they were told to “step aside” because they didn’t volunteer enough, Flippen said, “We have to have rules and regs, just like anybody else.”

“It was the last administration that this was about,” Dunkum said, referencing what she termed misinformation. “And that was because we had volunteers who wouldn’t run their calls. So, the administration put in … a stipend.”

Dunkum said the stipend program started turning “into making money. We stopped doing the stipend, and guess what? Your calls started getting dropped again.”

She said she wanted the county’s citizens “to know what has been going on in our rescue squad … We have available to them tonight and whenever they want to see it, a copy of the audit … We have nothing to hide.”

During the public comment portion of the meeting, Mark Schneider, a BCVRS volunteer, said he came to supervisors “as a concerned citizen.” He alleged a “cover-up” against a lower bid from Emergency Services Management “so that they could get DRT in here.”

“I’m ashamed to be one right now,” Schneider said of being a BCVRS member, “because of what’s going on and what they’re doing to the citizens in this county. They’ve made it about themselves, not about the people in this county. And I’m getting tired of it … The public needs to hear about it. It needs to end.”

Lisa Taylor-Jones, who said she’d been with the rescue squad for 20 years, said a lot of people “don’t realize that the rescue squad is a business. Some folks have used it as a social event, and they’ve lost sight of the reason we’re here. We’re here to help out the public in our time of need.”

Taylor-Jones said she was saddened by the “lies and accusations” Strong alleged last month. “(There) are very dedicated people on the squad.”

She said “a new board came on” in January “and looked at the books and saw things that were not supposed to be going on.”

Strong, who also spoke, called “false” that Flippen told The Herald in an earlier interview that “no people, hired people working for DRT or any other place (were) on the board … of directors,” calling Flippen and Dunkum’s comments in an earlier article “a whitewash.”

According to the July audit, “untimely bank reconciliations and failure to properly monitor finances resulted in overdrawn bank accounts.” Auditors stated BCVRS management failed to request funds from the county for two out of five years between 2011 and 2015, “resulting in a loss of nearly $400,000.”

“Generally, bank accounts appear to have been reconciled each month, but not in a timely manner,” auditors wrote, noting “the August 2014 ending bank balance for Bank of America was negative $7,736.91, which coincided with the timeframe several bills were paid late, incurring late fees and finance charges.”

Non-sufficient fund fees, late fees and finance charges were paid on several accounts, “due to late payments and an overdrawn bank account,” according to the document.

Auditors said “a late payment fee of $5,400 was assessed and paid in 2015 due to a failure to file the 990 informational return for 2013 in accordance with IRS regulations.”

A minimum of $6,500 in “avoidable charges were paid. The lack of organization from past management related to formal approvals, documentations of board actions, and formal policies and procedures have led to tension among current members and existing management. Not only have financial issues arisen, but the squad has experienced a large volume of dropped calls leading to the establishment of paid crews, increasing from one to two and now consideration of a third crew. This has driven up costs and created additional tension with volunteers.”

Auditors said when paired with “mismanagement and lack of accountability and review, the control environment is severely compromised, creating an environment susceptible to fraud and waste.”

Reimbursements for personal expenses were not property explained, auditors said, noting $55.63 for gas when “squad cars were available,” two payments made to collection agencies for then-squad member Strong, totaling $209, and a $500 Visa Gift card for a lifetime squad member who needed groceries that was returned and “subsequently used for the wrestling fundraiser.”

In late November, a new board of directors was elected, which includes Dunkum and Flippen.