Buckingham County’s elementary and primary schools have been denied accreditation while Cumberland and Prince Edward counties’ schools the Virginia Department of Education (VDOE) recently listed as “to be determined,” or TBD, in terms of accreditation, are now partially accredited.

According to recently updated VDOE school report cards, Cumberland elementary and middle schools and Prince Edward County Elementary School are now all partially accredited. Each of those divisions’ superintendents said they are pleased VDOE has moved the schools out of TBD status and said they are all working to bring the schools to full accreditation. In Buckingham and Prince Edward, both divisions are also working toward full accreditation for their middle schools, which received partial accreditation earlier this fall.

Buckingham Division Superintendent Dr. Cecil Snead said the process has been a “journey of improvement and the elementary school has been steadily improving.” 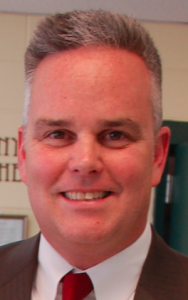 Snead confirmed the primary and elementary schools, which share the same campus, are listed as having met the benchmarks for math, history and science. VDOE rated both schools’ English benchmark as “NO-W,” meaning it neither met the benchmark or criteria for narrow margin or improvement.

Snead indicated this is the only reason VDOE denied the schools even partial accreditation. He also confirmed the two schools are still in “Priority” status with the federal department of education and continues to “work on improvement pieces” in that regard.

A priority school is one designated in the lowest performing 5 percent of Title I schools in the state.

In a Nov. 11 letter to parents, Snead said “all student” pass rates have risen during the past few years, but acknowledged “we still have work to do with our … reading test pass rates.”

However, Snead said the “label” shouldn’t discourage parents, their children or teachers.

“This label doesn’t affect your child’s education in any way,” he wrote. “In essence, it’s a label that communicates to the community that the school is within a significant improvement status.”

Monday, Snead said when it comes to the primary and elementary schools’ accreditations, the state is operating under an “antiquated” system.

“The state reports the primary (school) as a separate accreditation status … but the K-2 school doesn’t have state tests,” he said. “If the two schools were one K-5 school … we would have one listing.”

Snead shared copies of the division’s 2016-17 school improvement initiatives for both schools. The initiatives are placed into five categories: Teaching for Learning, Leadership and Governance, Family and Community Involvement, Safe and Orderly Environment, and Commitment to Professional Learning. These initiatives include adoption of a new computer-based intervention program more directly aligned with reading SOLs, goal setting with students to focus on growth of learning, and collaborating with Longwood University and Buckingham High School to match struggling students with positive role models.

“I have one of the most caring and hard working staffs a superintendent could ever hope to have,” he said. “We have really worked hard together over the past few years. We have (already) made a lot of changes in our programs and instructional direction … we have modified and adjusted accordingly so we know that we will eventually prevail.”

“We were confident that this would happen based on the growth in (SOL) scores at both schools,” Griffin said in an email. 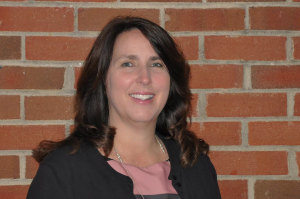 VDOE’s report card for CCES did not list benchmarks for history and science.

“The elementary (school) met the accreditation benchmark in math due to significant growth,” Griffin said. “At the federal level, the elementary school also moved out of Focus School status due to closing achieving gaps in various reporting categories.”

A Focus School is one struggling in math and reading in certain gap groups.

VDOE rated CCMS as “NO-A” for math, meaning it did not meet the benchmark, but is within a narrow margin of meeting it. CCMS math pass rates for 2016-17 are 68 percent for 1-year and 62 percent for 3-year.

“In order to continue to improve in the areas that have not yet met benchmark, we have hired a curriculum and instruction coordinator to provide support to school level administrators, teachers, and other instructional staff,” Griffin said.

She said the division is also working with Dr. Angelica Blanchette, a Longwood University assistant professor and coordinator of reading, literacy and learning, on word study to support our balanced literacy model. Other initiatives include better targeting of learning interventions and ensuring the curriculum and instruction at both schools are aligned at appropriate higher cognitive levels.

“Our staff and students are working very hard to achieve and maintain full accreditation at all three schools. More importantly, we continue to focus on ensuring that our students will be prepared for life-long learning, working and citizenship in the 21st Century,” she said.

“Our students also need to be able to apply the content, collaborate, create, critically think and communicate effectively both verbally and in writing in various communication environments,” Griffin said. “Therefore, we continue to balance curriculum, instruction and learning experiences to ensure that our students not only master content but will be able to make our community and the world a better place.”

Prince Edward Division Superintendent Dr. Barbara Johnson confirmed Monday that the county’s elementary school is now in “Partially Accredited: Reconstituted” status. She also confirmed the school is only partially accredited due to not meeting its English benchmark.

VDOE listed Prince Edward County Elementary School (PECES) as “NO-W” for English, with a 1-year pass rate of 68 percent and 3-year pass rate of 63 percent. PECES met the benchmark for math. Like Cumberland County Elementary School, VDOE’s report for PECES provided no information on benchmarks for history and science. However, unlike CCES, it listed PECES’ 2014-15 benchmarks for those two subjects, but indicated there was “no data for group” for either 2015-16 or 2016-17. 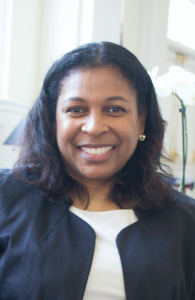 Johnson said she did not know why that was the case.

According to Johnson, Prince Edward County asked VDOE to place PECES into Reconstituted status before she became superintendent. She said PECES and Prince Edward County Middle School (PECMS) — which VDOE already listed as partially accredited earlier this year — are taking advantage of a new Comprehensive Instructional Program, or CIP.

Johnson said this now makes Prince Edward County part of a consortium in Region 7 where the CIP has already shown proven results.

“We have high expectations that we’re going to make great strides,” she said.

Fatalities down for Thanksgiving

A possibly record volume of traffic during the Thanksgiving holiday weekend did not translate into an increase of traffic deaths... read more