Cumberland County School Board members approved moving forward with becoming part of a coalition that will petition the state for increased funding for rural schools. 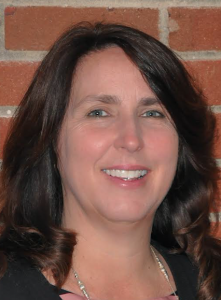 The coalition has reached out for other schools in Virginia Region 8 to join.

She said she has seen positive responses from Mecklenburg and Brunswick superintendents but was unable to attend last week’s coalition meeting to hear reactions from the remaining Region 8 superintendents.

The coalition has four requests for the Virginia General Assembly. The first request is that the Assembly “provide a Cost of Competing Adjustment (CoCA) for Coalfields school divisions for salaries and operations similar to the CoCA for 18 School Divisions in Northern Virginia as permitted by recommendation of JLARC Report Document 82.”

That request asks for funding to be adjusted based on the county’s abilities to support their school systems with funds from property taxes.

The Coalition’s equity resolution states, “Coalfields localities have the ability to raise only $1.2 million by increasing property taxes by one penny (.01),” and “local poverty and tax revenues prevent Coalfields Localities from funding schools at the same level as affluent localities.”

The second and third requests are that the assembly, “reissue the enrollment loss budget line item for Virginia’s schools as issued most recently in 2010,” and “approve the 2 percent Compensation supplement that was originally part of the 2017 state budget,” respectively.

Finally, the coalition is asking for the General Assembly to “consider other long term solutions to provide equitable funding to school divisions across Virginia as presented at the Coalfields Equity Summit held at the University of Virginia’s College at Wise on Oct. 13, 2016.”

As stated in the resolution, a recent decline in Coalfield school division enrollment of more than 5,000 students since 2009 and more than 600 students since March 31 could cause the regions to lose more than $10 million in state revenue by June 2017.

The resolution emphasizes that 25 percent of students in this region live below the federal poverty level and 59 percent of those living in the Coalfields region are eligible for free or reduced lunch.

“I believe Cumberland should support this initiative,” Griffin said, noting Cumberland has seen the same decline in state funding as the Coalfields localities.

As a result the county has had to bear a greater portion of the funding for the school division, she said.