Gov. Mike Pence and Sen. Tim Kaine are entering the debate set at Longwood University and the Vice Presidential Debate 2016 is about to begin.

Updates are below (the latest on top):

*Kaine: When asked what he would do to unify the country if the Clinton ticket wins, Kaine said Hillary will work across the aisle as she has in the past. “After election day the goal is to work together.”

*Pence: “We need to make a commitment to rebuild our military.”

*Kaine has gained stamina in the second half of the debate, and he is keeping up his attack on Trump and his not releasing tax returns and his support of Russia and Putin.

*Pence: “I’m just trying to keep up with the insult driven campaign on the other side.” Pence suggests Obama and Hillary have not made the world more safe and secure.

*Kaine: Suggests that Trump if sitting with Russia or other leaders may be representing his interests if President not America’s interests.

*Kaine: “Donald Trump has business dealings with Russia that he refuses to disclose.”

*Pence: He says to Kaine, when pushed on Trump’s taxes, “Do you not take deductions?”

*Kaine: “Donald Trump has again and again praised Vladimir Putin…clear he has business dealings with…”

*Pence: says America isn’t as safe as it was before Barack Obama became President. “We are back at war in Iraq.”

*Pence: Speaking aggressively on immigration and customs about getting illegals out of the country. Then he said Trump wants to reform the immigration system that we have.

“Pence: Trump has a plan to deal with immigration. Once we have accomplished all of that…then we will deal with those who remain.

*Kaine: “If you want to have a society where people are respected…you can’t have someone at the top who demeans…”

*Pence is struggling in the debate so far compared with Kaine. He is not able to sharply articulate his point so far on several issues.

Pence and Kaine speaking over one another about Trump’s tax return, or lack thereof. Moderator reminds them that the people can’t understand when they talk over each other.

*Pence: on question about report that Donald Trump has not paid taxes after a major loss in 1995 Pence said Trump is a businessman not a politician. “He used the tax code and did it brilliantly.”

*Pence: “Hillary Clinton and Tim Kaine want to build on Obamacare… But (Pence) and Trump have a plan. We can get America moving again.” Pence says he and Trump want to cut taxes to middle class.

*The debate format leading to both candidates talking at once frequently in early minutes.

*Pence: Attacks Hillary Clinton over issues in the world, like Middle East, Iraq and Russia. Kaine interrupts Pence. Pence reclaims floor. Pence says again he was interrupted but Kaine interrupts and says, “isn’t this (format) a discussion?” Moderator affirms it is a discussion.

Debate night has arrived in Farmville. It’s Kaine vs. Pence in the Vice Presidential Debate 2016 from Longwood University.

We will have live updates and debate results here, letting you know what the national pundits say about who won the debate tonight. So bookmark this page and return tonight for the results during the debate.

We also have reporters on the ground at Longwood University and around Farmville and we will keep you up to date with any important news.

Donald Trump can swallow an entire news cycle with a single tweet. Hillary Clinton’s been on a first-name basis with the country for three decades.

Mike Pence and Tim Kaine? Not so much.

Barring the unexpected, their 90-minute faceoff is unlikely to alter the trajectory of the presidential race.

But don’t hit the snooze button just yet. Debate history suggests there’s still the potential for some memorable moments.

Some things to watch for in Tuesday’s debate at Longwood University in Farmville, Virginia.

Pence and Kaine have campaigned full tilt for more than two months now, but plenty of people still don’t have a feel for them. In a recent Associated Press-GfK poll, more than half of registered voters said they didn’t know enough about Kaine to venture an opinion about him, and about 44 percent said the same for Pence. This is their big moment to show they’re qualified to be next in line to the president.

Trump may disdain traditional debate prep, but Kaine and Pence both have embraced the Scout motto: Be prepared. Each must be ready to defend his own record, skewer his opponent and do the same for the top of the ticket.

Pence and Kaine have to decide whether to focus more on one another or on Trump and Clinton. Watch how they toggle between the two tasks. Look for Pence, who calls Clinton “the most dishonest person ever to seek the presidency,” to zero in on lines of attack that Trump hardly touched in the first debate, such as questions about whether Clinton played favorites as secretary of state with donors to the Clinton Foundation. Kaine will try to act as a character witness for Clinton and go after Trump, of whom the senator says his “only recognized passion in his life has been for himself.”

Pence will have the added herculean task of explaining away the steady stream of insults, barbs and inflammatory comments delivered by his running mate, including the latest contretemps over a beauty queen whom Trump has shamed for gaining weight. Pence has had plenty of practice in recent weeks. Expect him to employ a strategy of praising Trump for his unscripted style as a “bold truth teller” without arguing the merits of the GOP nominee’s specific comments.

Pence could well be asked about Trump’s tax strategy after The New York Times reported over the weekend that the billionaire businessman lost so much money in a single year that he could have avoided any federal income tax liability for 18 years. With an audience of millions, will Pence echo Trump’s claims that he used the tax laws “brilliantly?” or try some other tack?

Both candidates may need to navigate areas where they have policy differences with their running mates; Pence more so than Kaine. Pence, for example, says it’s clear that human activity is affecting the climate while Trump has called global warming a hoax. Kaine holds that U.S. military operations against the Islamic State group have not been properly approved by Congress, a point of disagreement with Clinton.

Expect both Pence, an evangelical, and Kaine, a former Catholic missionary, to showcase their religious backgrounds in an effort to appeal to different constituencies. Pence likes to say of himself: “I’m a Christian, a conservative and a Republican — in that order.” Kaine often brings up his time as a missionary in Honduras, working in a few lines of Spanish along the way to reach out to Hispanics.

Past vice presidential debates have provided some memorable lines. Republican Bob Dole’s cutting quip in 1976 about all the Americans killed in “Democrat wars” did him no good. Democrat Lloyd Bentsen’s 1988 putdown of Republican Dan Quayle with his “You’re no Jack Kennedy” line still singes. Third-party candidate James Stockdale’s rambling 1992 opening questions of “Who am I? Why am I here?” captured a candidate who was clearly out of his element. Four years ago, Vice President Joe Biden’s denunciations of Republican Paul Ryan’s budget math as “a bunch of malarkey” showed considerably more spark than did President Barack Obama’s leaden performance against rival Mitt Romney in the leadoff presidential debate.

CBS News’ Elaine Quijano will be under the microscope as moderator, especially since Trump has complained that NBC’s Lester Holt, the moderator of last week’s debate, was too tough on him.

What political news is the world searching for on Google and talking about on Twitter? Find out via AP’s Election Buzz interactive. http://elections.ap.org/buzz 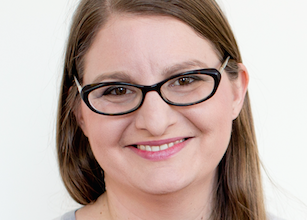 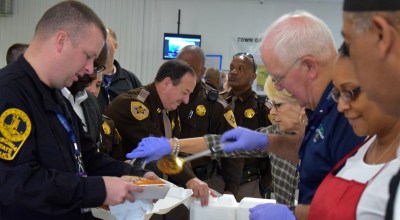