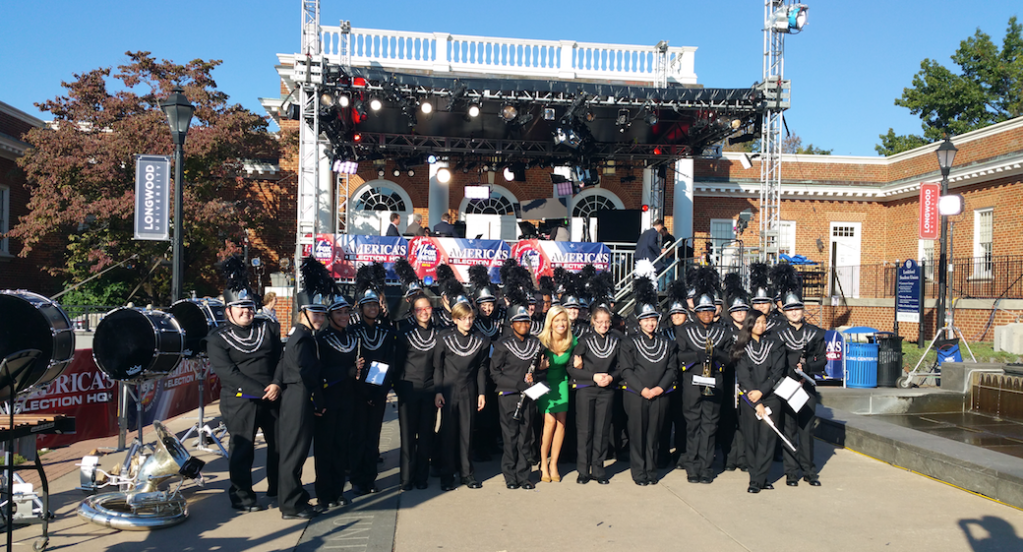 The Prince Edward County High School Marching Eagles pose for a photo after early morning performances that primed viewers and on-site spectators for the lone Vice Presidential Debate of 2016, which brought thousands of reporters to Farmville, including those from Fox News and MSNBC. 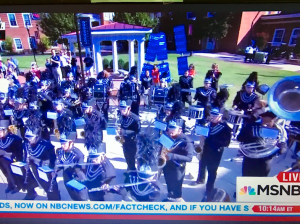 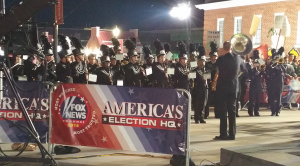