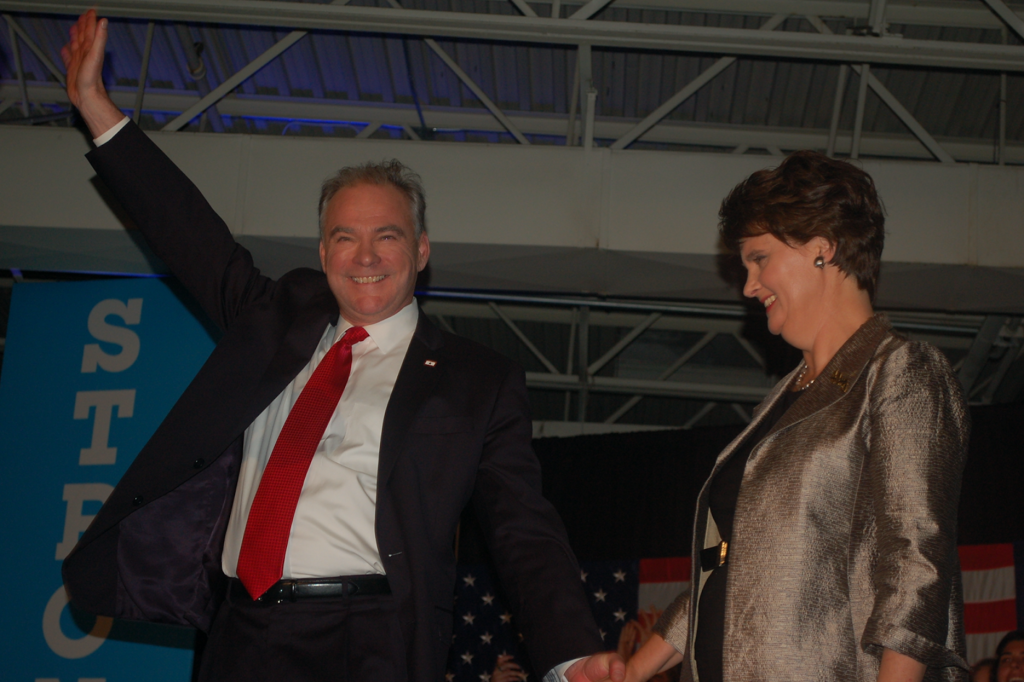 Kaine, a Democrat who served as governor of Virginia after serving as lieutenant governor, arrived after 11 p.m. at the STEPS Centre with his wife, Ann Holton, Gov. Terry McAuliffe and McAuliffe’s wife, Dorothy.

About 250 people were on hand at the Democratic watch party; behind Kaine stood a group of supporters holding campaign signs.

“I feel so good coming here this evening,” Kaine said. “Do you see how far we’ve come? We’re standing in Farmville, Virginia. I talked about that wonderful 16-year-old girl, Barbara Johns, who, four years before Rosa Parks, said, ‘I’m going to organize all of my kids to walk out of a school.’ Their parents didn’t want them to do it; their teachers didn’t want them to do it. But they just could see out there, ‘We could be better than this.’”

Kaine’s appearance followed his sparring with Pence on the economy, national security, women’s rights, foreign affairs and taxes. CBS News’ Elaine Quijano moderated the debate, which came after several months of planning by Longwood University, the town of Farmville, Prince Edward County and other community partners.

“You know, I’ve been to a lot of debates, and I’ve participated in a lot of high-profile debates,” McAuliffe told the cheering crowd, “but I have never seen anyone take on an opponent and just take them to the ground and protect what we stand for as Democrats.”

“I am so proud to be a running mate with a strong history-making woman,” Kaine said, referring to Hillary Clinton.

“We do our best work when we’re knocking down walls and doing things for the first time.”

B-day with a side of debate