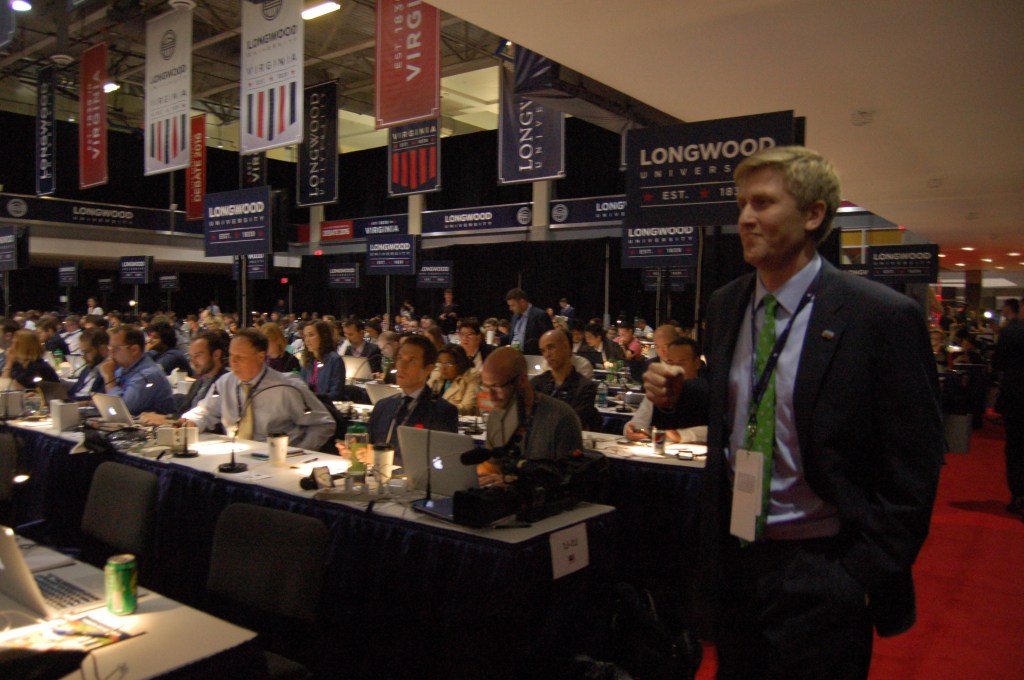 The Vice Presidential Debate Media Center at Longwood University in Farmville is very quiet as thousands of correspondents intently watch the two candidates speak over in the Debate Hall.

Many are filing stories from laptop computers or even smartphones. Some media representatives, university officials, volunteers and others are moving through the center as well, but quietly so as not to disturb reporters.

Correspondents without seats in the main room, along with campaign workers, are watching the debate in the Media Center’s reception area or working in the Spin Room.

All are getting ready for the debate to end so they can file further reports and speak with campaign staff or, possibly, the candidates themselves.