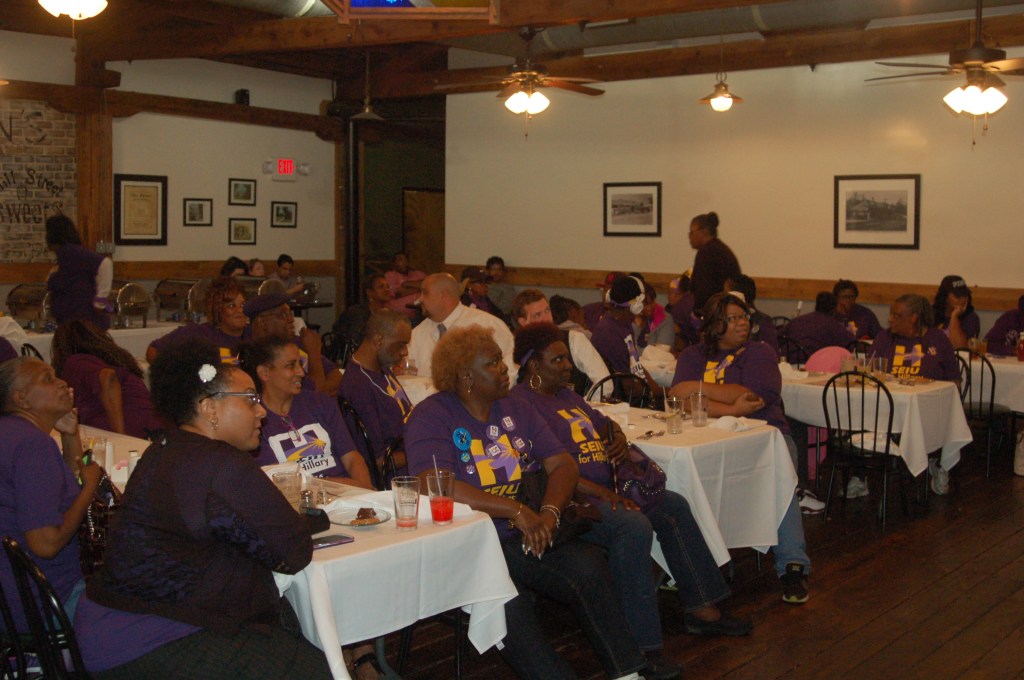 Charleys Waterfront Cafe has proven to be a popular place to watch the 2016 U.S. Vice Presidential Debate on television as it is broadcast from down the street on the campus of Longwood University. 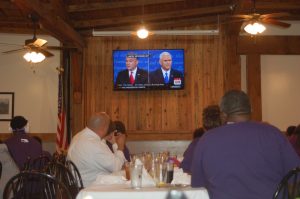 A group of approximately 50 health care workers supporting Hillary Clinton for president held a watch party in a banquet room at Charleys. Many in the group wore purple shirts with yellow print reading “SEIU for Hillary.” SEIU stands for Service Employees International Union.

Most of the group traveled to be in Farmville for the debate but are also here to learn about and gain a better understanding of the town’s history. Earlier in the day, they visited the Moton Museum and the Longwood campus.