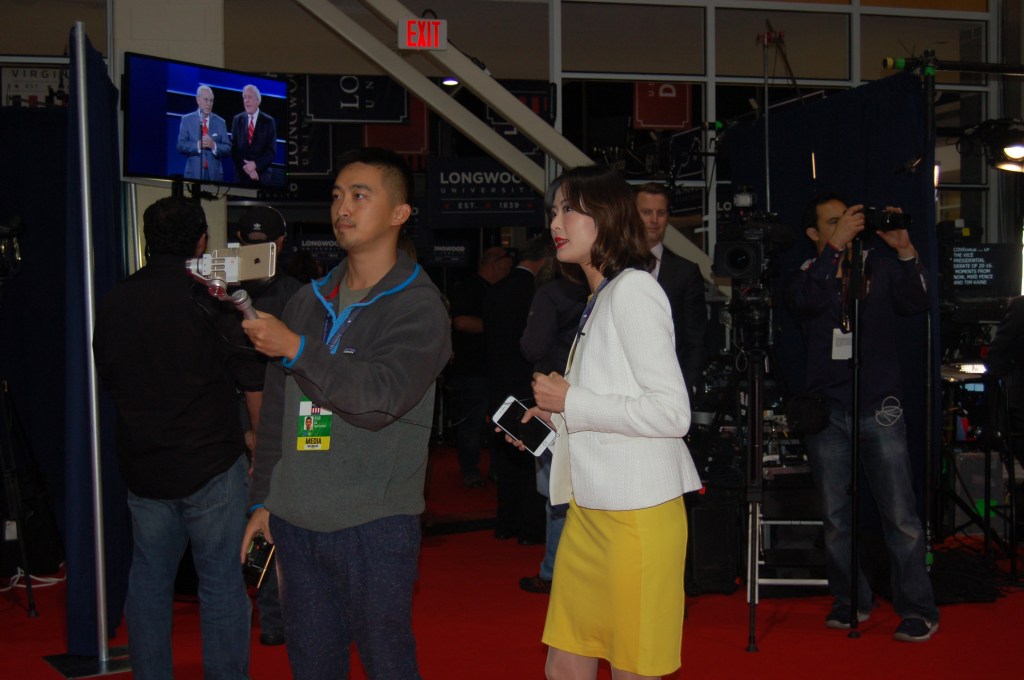 MARTIN L. CAHN | HERALD Yingshan Shi and her technician use a smartphone to live stream a report via Facebook to the Beijing, China-based Xinhua News Agency from the Spin Room inside the Longwood University Media Center just ahead of the Vice Presidential Debate on Tuesday night.

Among the approximately 2,000 credentialed media in Farmville for the Vice Presidential Debate at Longwood University are correspondents and technicians bringing the event to viewers around the world.

One of the news outlets represented in the Media Center on Tuesday evening is the Xinhua News Agency in China. While the agency is headquartered in Beijing, reporter Yingshan Shi is based in Washington, D.C. Shi and her technician used a smartphone to live stream her reports over Facebook, giving millions of viewers in China and other countries around the world an inside look at the Spin Room and Media Center.

“We just arrived today,” Shi said, “and we have to go back to Charlottesville tonight.”

She and her technician were unable to find lodging in the Farmville area, Shi said, explaining why they had to stay at a hotel in Charlottesville. Shi said they continue on to Washington in the morning.