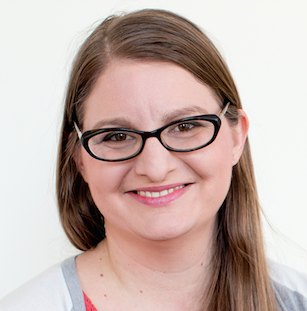 The sole U.S. Vice Presidential Debate not only brought thousands of people to the streets of Farmville and its businesses’ doors, but also volumes of visitors to the town’s newly launched websites, leading more to search for “Farmville” on Google and other search engines than ever before.

“Our preliminary numbers are there’s (thousands of) mentions of Farmville, Virginia, online during the week before the debate until now,” said Ilsa Loeser, principal of Letterpress Communications LLC.

The town contracted with the firm to lead its website redesign and media coordination during the debate.

Loeser presented the impacts to Farmville Town Council during its October meeting.

The tiers of mentions, she said, included using the words “Farmville, Virginia,” explanatory sentences about the town or stories solely focused on Farmville.

Calling it an opportunity from the debate, Loeser said the joint-ventured Visit Farmville website (www.visitfarmville.com), created in collaboration with the town, Longwood University, Prince Edward County and Hampden-Sydney College, reached more than 138,000 people through social media.

“That’s a beautiful kind of advertising,” Loeser said, during an interview following the council.

The primary marketing goal for the town during the debate, Loeser said, was to energize people to come visit.

“The website itself had (more than) 8,000 viewers since it was launched about a month ago,” Loeser told council.

She said she and her team worked directly with more than 50 different media individuals during the course of the debate.

On the day of the debate, the town’s revamped website had about 4,400 visits, or 800 times more than average. It normally has only 500 per day.

The debate page on the town’s site received about 2,500 views.

Loeser said that after NBC’s Lester Holt, the moderator of the first presidential debate, mentioned “Farmville, Virginia” at the end of his live broadcast, the website’s visits jumped by about 300 percent.

Social media promotion of Farmville and the debate was also a big hit, she said.

“For the past month, including the debate, we’ve reached nearly 100,000 people just solely on our Facebook page, which was (a) very positive impact.”

The town’s social media posts, she said, reached thousands of people. The post promoting the “See Something, Send Something” application for cell phones reached more than 9,000 viewers.

Google searches for “Farmville” spiked exponentially during the debate, she said. “Farmville, Virginia” was never searched on Google more than it was on Oct. 4 since the search engine began tracking the term.

“There are now more people in the world that know there’s a Farmville, Virginia. Just having that awareness that there’s a place called Farmville, Virginia, goes a long ways … And what an amazing and beautiful town we have that’s unique in a lot of ways,” Loeser said, detailing the town’s history and outdoor experiences.

While the millions of people who watched the vice presidential debate heard Farmville mentioned several times in debate coverage and during the debate, “we know that a huge portion are interested and curious enough that they actually started researching to find out more and were engaged and curious about Farmville,” Loeser said.