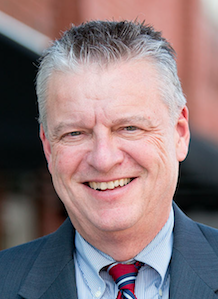 Though it wasn’t on the meeting’s agenda, praise and celebration of success for the Vice Presidential Debate held Tuesday night was in order during Farmville Town Council’s Wednesday work session.

Mayor David Whitus, who was interviewed by numerous major media outlets before, during and after the debate, sat in the front row of Longwood University’s Willett Hall while watching U.S. Sen. Tim Kaine and Indiana Gov. Mike Pence debate. Whitus led off the rounds of praise.

“What a phenomenal opportunity. (Ward C Councilman A.D. “Chuckie”) Reid and I were in the debate hall last night, and everyone that we were introduced to could not say enough nice things about Farmville (and) Longwood,” Whitus said.

While some visitors to the sole Vice Presidential Debate may not have known what to expect of Farmville when they arrived, Whitus said “they were just enthusiastic in their praise of the town, the way it looked, the university. It was clearly a first-class event all the way around.” 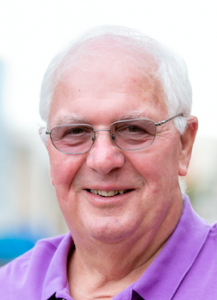 “They leave here … with a great taste of Farmville, and it really was a great thing,” Whitus said, adding praise to the public works department for their work. “It was a great day.”

Reid, also interviewed by numerous major media outlets, said he met a lot of people in the debate hall who offered positive commentary on the town and Longwood.

Whitus said he met Commission on Presidential Debates Co-Chairmen Frank J. Fahrenkopf Jr. and Michael D. McCurry, who cited some hesitation about having the debate in a small town.

“It tops any other place that they have ever been,” Whitus said, citing his conversation with the two men.

Ward D Councilman Donald Hunter said Virginia Secretary of Public Safety and Homeland Security Brian Moran “spoke volumes in reference to what he heard and what he had experienced since he came to Farmville … It was well put together.”

Hunter, who also offered his thanks to Longwood, said everything that was planned out seemed “like it went through perfectly … I think everything just fell in line.”

Spates said the Virginia Department of Emergency Management was a big help, adding thanks to town staff.

“I think he twisted a few arms up the ladder to make sure the debate came to Farmville,” he said.

“I think that the town and Longwood and Hampden-Sydney (College) and the county all worked together to make this thing an even bigger, better thing,” Ward B Councilwoman Sally Thompson added. “It was just a great cooperative effort on everybody’s part.”

Whitus credited Ilsa Loeser, principal of Letterpress Communications, a Farmville-based public relations firm the town contracted with helping during the debate, calling her a “godsend.” 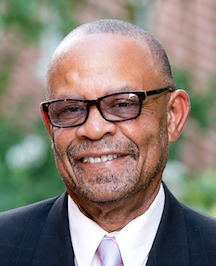 “Longwood University was fabulous,” Spates said. “It was a great event, and to watch everything on TV with Farmville, Virginia, it was pretty neat.”

Information Center: Behind the scenes