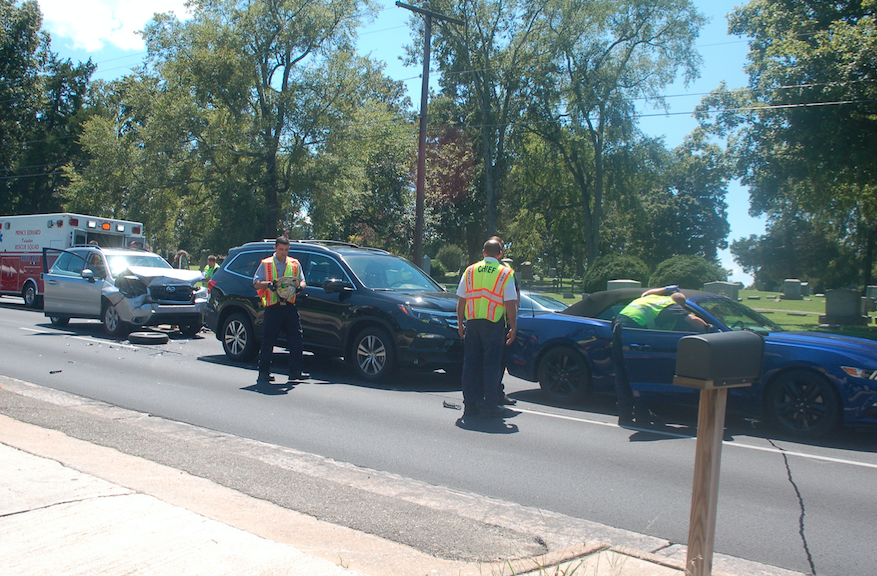 No one suffered injuries in a three-vehicle crash on South Main Street in Farmville on Tuesday.

Acting Farmville Police Chief A.Q. “Andy” Ellington said officers charged William Margin Mohrmann, of Orange, with following too closely as a result of the crash, which was reported at 2:05 p.m.

Officers closed both northbound lanes and one southbound lane of South Main Street to deal with the traffic accident.

The first vehicle, which had been traveling northbound, stopped in an inside lane waiting to make a left turn, Ellington said, with a second vehicle stopped behind it.

The third vehicle, operated by Mohrmann, rear-ended the second vehicle, causing it to strike the first vehicle.

Ellington said everyone involved in the accident refused medical treatment, he said.