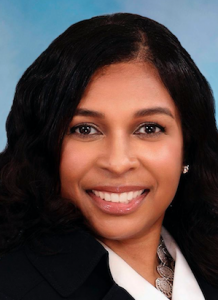 During the August meeting, Johnson said she used the 2016-17 Budget Requested Capital Improvement Plan — created by the previous school board — to understand which projects are most important. After meeting with her senior administrators, Johnson decided which projects were the most time sensitive.

“Our number one priority would be replacing the elementary school chiller. The chillers have been replaced in some of the buildings through the performance contract. This was not,” Johnson said. “We can continue to try and repair it, but it needs to be replaced, so that would be a priority.”

The improvement plan estimates the project would cost $100,000.

The second priority: Johnson said, should be roof repairs and replacements for the elementary school. Buildings B, D, E and G need repairs, she said. According to the plan, this project would require $1.12 million to ensure the roofs no longer leak.

In addition, her third priority is replacing the high school roof. According to the plan, it would cost $1.077 million to replace.

According to the improvement plan, the current plumbing lines are corroded and failing. This elementary school project is listed at $300,000.

“I’d be more concerned about both the wiring and the lighting,” she said.

The plan estimates $180,000 to complete the renovations.

Board Chairman and Farmville District Representative Sherry Honeycutt said the board’s objective is always to meet such goals based on specified timelines.

The board did not move forward with the athletic facility project at its August meeting because it did not make Johnson’s list. The board has pushed the project back during recent months due to confusion about a $300,000 escrow account the board now knows does not exist.

The plan lists the athletic facility renovations at $5.3 million.

“I would like to see us reduce that considerably,” Prospect District Representative Darin Thomas said, adding the separation of baseball and football fields is not necessary.

Board members said they will continue to make necessary changes to the budget plan and prioritize when each project will be completed.