Reflecting on the amazing 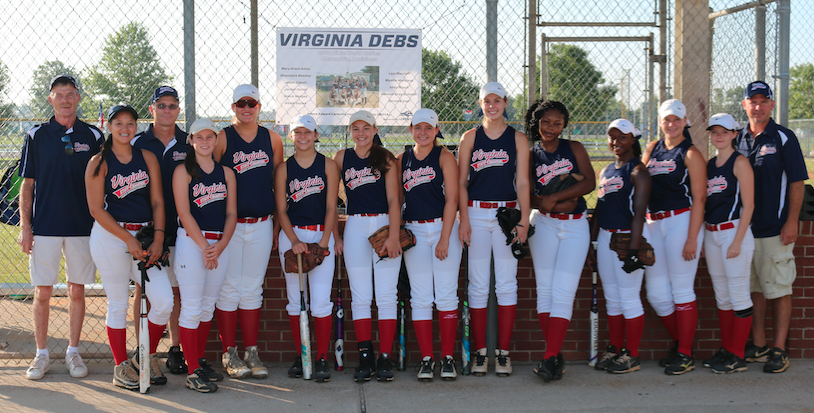 When it comes to the 2016 Prince Edward-Farmville Youth Association (PEFYA) Debs softball team and the season that the team had, a word seems particularly appropriate to describe it: amazing.

“It’s just an amazing bunch of girls,” said PEFYA Softball Commissioner David Schmidt, also one of the team’s coaches. “They are pretty much some of the easiest girls to coach, and they just have fun playing ball. Win or lose, up or down, they still keep their heads up, and they still play ball. And the … parents were just amazing, how much they went out and fundraised and supported them.”

Amazing is the word that multiple team members used to describe the experience of going to and playing in the Dixie Softball Debs World Series, an experience no PEFYA Debs team had ever had before.

“It was an unforgettable experience,” 16-year-old shortstop Mary Grace Amos said. “I’m so proud of the way my team played and how for such a young team we played to the level of these older girls.”

The standard age range of the Debs division in Dixie Softball is 16-18. When recent Buckingham County High School graduate Melissa Wright was unable to travel with the team to Louisiana for the World Series due to work obligations, the age range for the PEFYA Debs became 13-16.

And while PEFYA had only 12 Debs players this year, the team was in a field at the state and World Series levels featuring assembled all-star teams.

“That was quite a challenge against Alexandria,” Amos said. “You could definitely tell that the girls were older, and we had a little more competition that we weren’t quite used to.”

“We did lose, but it was just amazing to be able to go (down) there and say, ‘We played in the World Series,’” 15-year-old center fielder Alexa Marzloff said. “It was awesome.”

“The two games that we lost were the only two games we’ve lost the whole season,” she said. “That’s big.”

The girls made up the first PEFYA Debs team to advance to the World Series because they were also the first to win a state championship.

“It’s crazy to find words to describe it,” Marzloff said. “It’s just amazing to be able to say, ‘I made history.’ It’s just awesome to be a part of it, and

to be able to play with some of these great people I just happened to meet.”

They went 5-0 in the 12-team state tournament and 12-0 during the regular season. 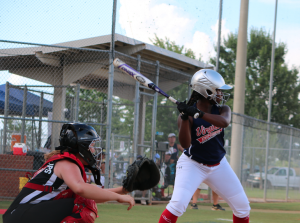 FARRAH SCHMIDT
Sixteen-year-old right fielder Alexis Gayles was the oldest player among the PEFYA Debs to compete in the World Series, and she was key to their amazing 2016 run.

“In the past two years with this team right here, they have only lost five games,” Schmidt said, adding that the same core group of girls played on a PEFYA Belles team last year that only lost thrice.

He also praised the PEFYA Debs players for their humility.

“They don’t hold their head up thinking anybody’s better than anybody else,” Schmidt said. “Everything they do, good or bad, they’re all humble about it.”

This humility showed when they spoke about what it meant to make history.

“I’m just honored to be on the team that went this far, and it’s such a good group of girls,” said 15-year-old pitcher/third baseman Hannah-Gray Schmidt.

They expressed great gratitude to the community for having donated $13,130 in five days, allowing them to make the trip to Louisiana.

“It couldn’t be done without them,” Marzloff said. “That is plain and simple. They’re just the biggest help and the biggest part in this whole trip.”

Capati shared what she would do if she could address the community directly.

“I would thank them a thousand times and even more,” she said.

In sharing how they would remember the 2016 PEFYA Debs, the girls revealed how important their teammates were to them.

“They’re my family, pretty much,” Schmidt said. “We’ve been through so much together, so it’s going to be a good memory.”

“It was the most amazing season I’ve ever been a part of,” she said. “I love these girls. They’re like my family, and I can’t wait for next year. Hopefully, we’ll win states again and return to the World Series.”

For Capati, the summer had a special significance in connection to her late grandfather, Nicanor Capati.

“I hold it dearly to my heart because when my grandfather passed away, the last words I said (were), ‘I’m going to do everything for him,’” she said. “And he helps me keep going when we just wanted to give up or when we didn’t think we could do it.”

Marzloff landed on a familiar term to describe playing with the 2016 PEFYA Debs.

“I will remember it as one of the best experiences of my life, and I will never forget it,” she said. “It was truly amazing. And I know I’ve said that a lot, but…”