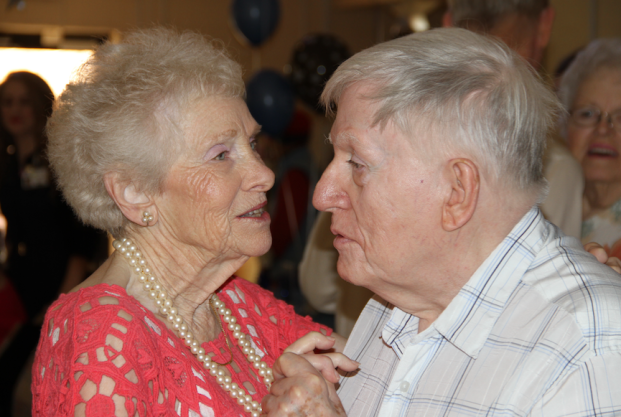 Prom turns back the clock

It only took 67 years for Charlotte County resident Elizabeth Layne to make it to her senior prom.

“I’ve danced ever since I was a baby … I’m still dancing, honey,” Layne said, sitting in her wheelchair, taking a break from spinning around and moving her arms in the air in her orange dress at Centra PACE in Farmville. 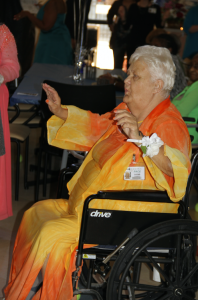 During the event, Centra staff danced with those in the PACE program. Many of the senior citizens — decked out in their best suits and dresses — also danced with each other.

Layne never had the chance to attend prom while in high school; she got married at age 17.

A cancer survivor, Layne said Centra PACE — a program of all-inclusive care for the elderly — is a “Godsend” and “the best thing that’s ever happened to me.” 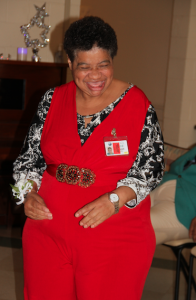 She kept a smile on her face the entire time she was on the dancefloor, wheeling her chair around the room.

“The idea of the prom came from our amazing recreational therapist, Elise Hemmer,” Dixie McDowell, Centra PACE’s intake coordinator and social worker, said. “She worked at a PACE program in Chattanooga, Tenn., and did a prom there, which was a huge success.”

McDowell said the activity “helps seniors by stimulating them mentally, spiritually and physically. It helped the participants reminisce about their past experiences and make new memories. It also gave their family and caregivers a chance to connect with the seniors in a positive way by helping them plan what they were going to wear and get excited about the festivities.”

Although 73-year-old Helen Cupidore didn’t dance during the senior prom — the first prom she’s ever attended — she said it was good to see her friends have fun.

“It’s beautiful. It helps them in a lot of ways … They appreciate it,” she said of the event.

McDowell said the event was a “huge” success.

“We saw our participants in a different light. They were able to feel young again; they were able to show a side of them(selves) that we usually don’t see as we often deal with their medical needs,” McDowell said.

She said she and her staff were privileged to work in a program “that cares for the whole person.”

As for Layne, she said she “never imagined” she would be crowned queen of the prom.

“This is the best day of my life. I am always going to remember this,’” Layne told McDowell at the end of the event.

“It has helped our participants become engaged and active in an important event within their own community,” Dawn Hicks, business office coordinator of the facility, said. “When anyone puts effort into some facet of life, it becomes meaningful and important to them because of their efforts.”