GOOCHLAND — Ken Peterson — a member of the Goochland County Board of Supervisors — announced Wednesday his run for the Virginia Senate from the 22nd District in the event state Sen. Tom Garrett is elected to the U.S House of Representatives. 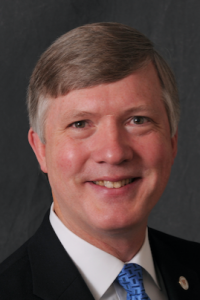 Garrett is the Republican nominee in Virginia’s 5th Congressional District and will compete in the general election on Nov. 8.

Should Garrett be elected to Congress, it would create a vacancy in the Virginia Senate, which would be filled through a special election.

“The 22nd District lies in the heartland of Virginia where liberty and freedom are not just words, but are a way of life,” Peterson said in a press release. “As a fiscal conservative with a proven track record of defending freedom and liberty, both in uniform as an Army officer and as chairman of the board of supervisors in Goochland County, I would give the citizens in the district an opportunity to vote for their next senator without having to rely on campaign promises, but instead on a proven record of results.”

Peterson was elected to the Goochland County Board of Supervisors in November 2011.