Farmville Town Council is set to discuss the flow of traffic on the south end of Peery Drive off of South Main Street and its impact on those who live in the Crestview subdivision. 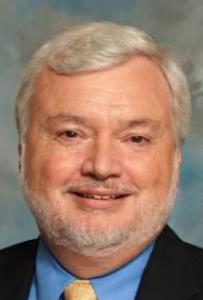 “I received an email from a concerned citizen this month and plan to discuss it with other council members during our August work session,” Ward A Councilman Greg Cole said. “Council members need the opportunity to discuss the concern and collectively decide what, if any, course of action is needed.”

Deana Bennett, who lives on Lynn Street, expressed her concern to three members of town council in a July 12 email. She wrote Cole and At-large councilmen Tom Pairet and Dan Dwyer.

Her email stemmed from council considering proposed entrances for the then-proposed 100-unit apartment complex. Farmville Associates sought and received a conditional use permit to construct the Farmville Town Center on property between Walmart and the Greens South subdivision.

Referencing a Herald article (“New entrances proposed for apartments,” Friday, June 24), Bennett said in her email she “was appalled to hear more traffic will be flowing through the Crestview Subdivision!”

“The proposal indicates that Greens South won’t see any increased traffic their way nor will any other subdivision in the town of Farmville, but what about Crestview?,” Bennett wrote. “It is apparent that residents have the support of town council, but what about Crestview Subdivision? Peery Drive and Williams Street are used as access roads to our homes in Crestview and more and more homes are being built in our subdivision, with no enhanced improvements such as sidewalks or lighting. We have had to deal with sharing these roads with the customers of Walmart, the Shoppes on Peery, Wendy’s, Ruby Tuesdays and soon Murphy Gas, then a hotel (in the former site of the Lutheran Church), Schewel’s and now (100)-unit apartment complex.”

Mayor David Whitus said he was not aware of an issue.

“(But if) we have one, I’ll be glad to get the infrastructure committee to take a look at it and make a recommendation to council,” Whitus said, in response to a Herald inquiry regarding Bennett’s question.

“I am requesting that town council look at eliminating the convenience of shoppers using the Peery Drive through Crestview Subdivision before any more businesses or subdivisions are routed along Peery Drive,” Bennett wrote in her email to the council members.

She said any suggestions would be “greatly appreciated,” including a dead end at the end of Peery Drive at the intersection of Williams Street, or changing Peery Drive’s traffic pattern to one way between Crestview and Williams.

“Either one of these changes would not impact the residents of Crestview. It would continue to allow us to access either Williams or Peery for in and out of our subdivision but will deter shoppers from using it as a convenience,” she said.