Farmville Town Council has adopted a code of ethics, an ethics pledge and reinstituted an ethics committee.

Each member of the council has signed the ethics pledge, explained Ward D Councilman Donald Hunter, who serves as chairman of the ethics committee, rounded out by Ward A Councilman Greg Cole and Ward E. Councilman J.J. “Jamie” Davis. 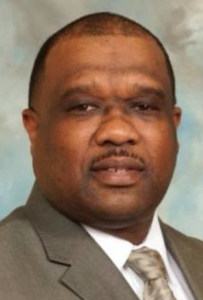 “I feel as though, as a council member, all of us should … sign this and really understand what it is and what ethics we’re trying to uphold as council members,” Hunter said during the meeting. “I believe that agreement has two parts: first, there’s an ethics pledge and then there’s a brief code of ethics,” said Town Attorney Gary Elder. “Hopefully it’ll just establish a set of standards that everyone will attempt to adhere to.”

Hunter said adopting and signing the documents is not part of a “witch hunt.”

“It’s not going out to find something on anybody,” he said. “I mean … we’re all adults, but we should conduct ourselves as adults. And when we don’t, we’ve just got to come in front of the (ethics) committee. Sometimes we may do something we don’t know we’ve done.”

Mayor David Whitus said a code of ethics is “aspirational and voluntary,” but “good town governance.”

“(It’s) not necessarily to govern council, but to govern each other,” Hunter added, “because … I said ‘Sometimes, you may have to pull my coattail, because I may stray to the line too much.’ It’s not for (any) particular person. It’s just for us (to say) ‘Hey, this is how we need to go forward.’”

Portions of the ethics code include, but are not limited to, statements regarding those holding office being “given a public trust” which demands “performance at the highest level of ethical and moral conduct;” stipulations about being diligent and transparent and not acting on matters where a conflict of interest exists; having the mayor and council members work together to implement and monitor the code; that those who sign the pledge will protect and preserve the integrity of town government by putting the public interest first.”

The pledge concludes: “I will communicate openly and civilly, listening to all views, seeking common ground as a starting point, and being respectful even in areas of disagreement.”