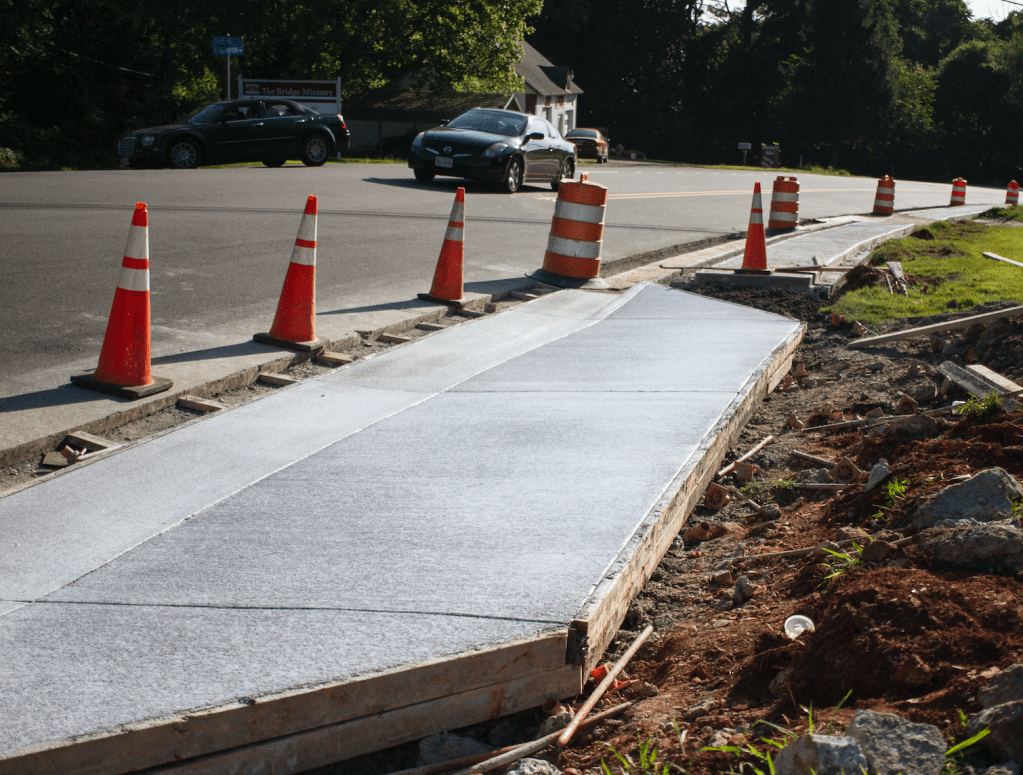 CARSON REEHER | HERALD One of three entry ways for the Maysville Presbyterian Church was paved over at the request of VDOT without the church or county being notified of the design change.

A Buckingham church congregation is upset with the Virginia Department of Transportation (VDOT) for closing off one of the church’s three main entrances.

VDOT contractors demolished the entrance to Maysville Presbyterian Church and built a sidewalk in its place. The state agency also said the county will have to pay for the driveway, along the north side of U.S. 60, to be replaced.

According to a letter from the church’s Clerk of Session David B. Spears, the demolished driveway has been used by the church for more than 60 years. He said church members “strongly object to the closure.”

Spears said the sidewalk construction occurred without notice or opportunity for the church to comment.

The Buckingham County Board of Supervisors discussed the VDOT matter during its meeting Monday night. Assistant County Administrator Karl Carter said the county has received “a bunch of phone calls,” since construction crews demolished the driveway.

One church goer was nearly involved in a collision after the the construction took place, Spears said in his letter.

According to an email from VDOT Construction Engineer Gregory Persons, the driveway closure was made based on “safety and access management concerns.” The decision to take out this particular entrance was because the removed entrance had the least site distance from the church, Carter said.

District Four Supervisor Morgan Dunnavant said supervisors didn’t have an opportunity to look at the construction plans in their final stage before construction. Dunnavant said the plans were finalized July 19 and said the contractor broke ground on the sidewalk project the week of July 20.

Though stating alleged safety concerns and not objecting to rebuilding the driveway, VDOT said it would be the county’s responsibility to pay for the rebuilt entrance.

Carter cited an estimated $7,400 to replace the driveway. He said they thought this number was higher than it should be. Dunnavant agreed the contractor’s estimate was too high, saying the work should only cost about $1,000. Dunnavant called $7,400 an “obscene figure.”

“We need to plan on putting it back and we need to pursue VDOT for a valid reimbursement,” he said.

“The church was never contacted. The church had no idea this was going to happen,” she said.

District Three Supervisor Don Matthews suggested rural rustic funds to fund the project and Rebecca Carter said she would look into the possibility.

Dunnavant motioned for the driveway be put back at a cost no higher than $1,100. Board members voted unanimously to have the current sidewalk demolished and reconstruct the driveway as soon as possible.

According to Rebecca Carter, the county is still working on the project. A date has not yet been determined for the entrance to be reconstructed.