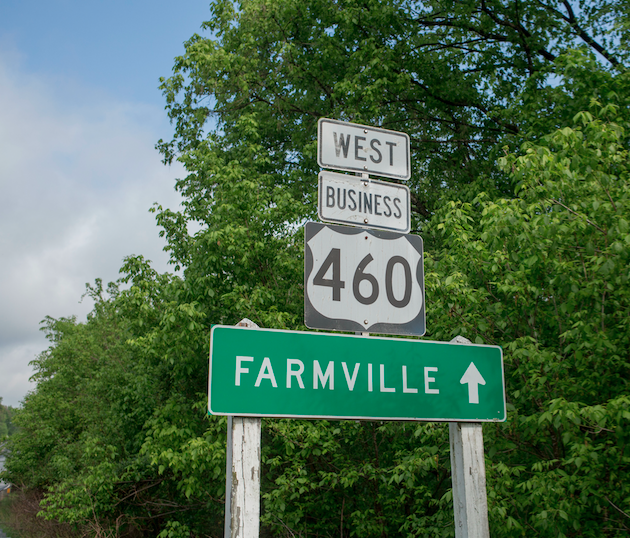 Carson Reeher | HERALD One of three proposed U.S. 460 improvement projects is the completion of the interchange at the end of East Third Street.

The East Third Street Interchange completion project will be considered by the Virginia Department of Transportation (VDOT) during the coming year, along with two other U.S. 460 improvement projects. Prince Edward County will submit the three projects to VDOT during the next several months as a part of the House Bill 2 (HB2) Smart Scale program.

“All three (projects) are valuable and important,” Bartlett said.

Bartlett and Town Manager Gerald Spates said in previous interviews they would like to see the project completed, but lacked the funding. Any projects chosen through Smart Scale Program would be fully funded by VDOT, Bartlett said. During the meeting, he said the project could score high in the congestion mitigation and economic development categories.

If completed, the interchange could potentially assist in bringing more businesses to East Third Street and reduce traffic on Milnwood Road and Main Street.

The other two projects were chosen because they both have significant accident history. Bartlett said he and Spates do not know the number of accidents at those locations. More research will have to be completed, he said.

The final submission is a project involving the intersection of U.S. 460, U.S. 15 and Zion Hill Road.

This intersection, on South Main Street near the Prince Edward County Schools complex, has a history of accidents, Bartlett said. The project would include a review of traffic from the 460 exit ramps and the left turn lanes on Zion Hill Road, according to Bartlett.

He said, the budgets for the three projects have yet to be developed.