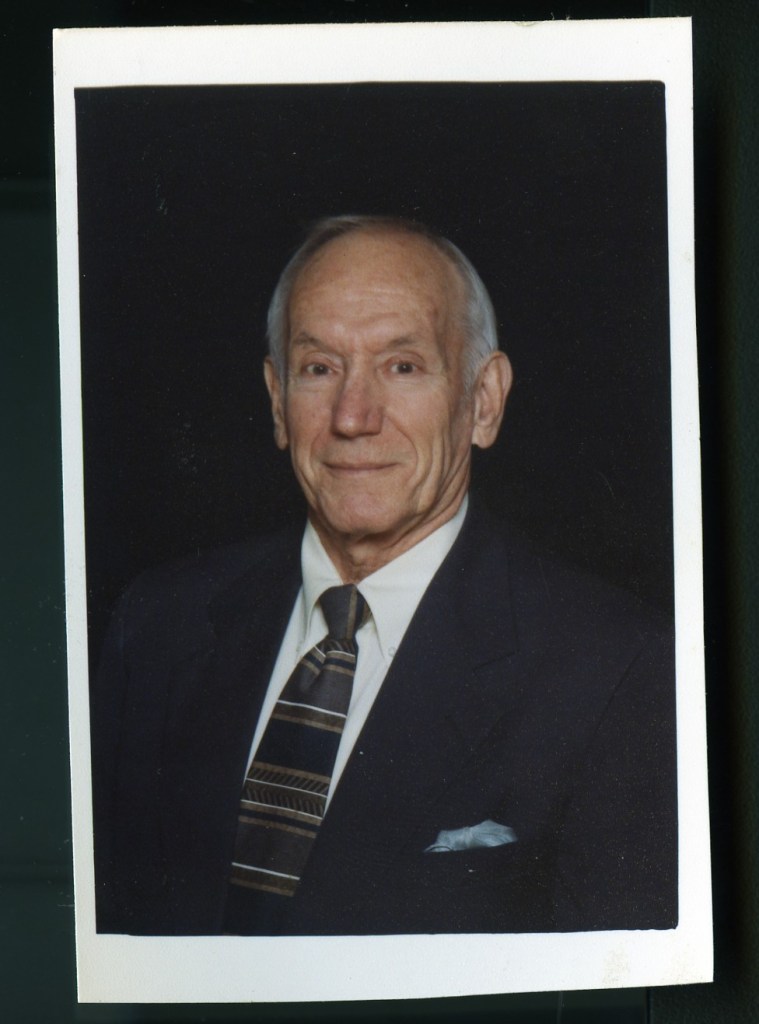 William ‘Travis’ Stanley, 88, a well-known local businessman, passed away on Monday, July 11, 2016. He was born in Lawrenceville to Thomas and Mary Delbridge Stanley on March 10, 1928. He was the youngest of four children.

Travis and his wife, Hattye “Lou’ Newman Stanley, owned a clothing store called Travis’ in Farmville from 1969 to 1998. He attended Randolph-Macon College during WWII and then served in Japan after the war. After serving in the Army, he went to the University of Mexico on the GI Bill and then finished his studies at VCU where he met his wife Lou. In his mid-40’s he received a Master’s Degree in Counseling from Longwood College.

Travis enjoyed acting in community theater, ballroom dancing, and working in his garden. He visited New York City once a year to select clothes for his clothing store and would always see a Broadway Show. Not one to be outdone, he had the ability to speak on numerous topics and ideas. He taught a business class at the community college for a few years where he loved to talk about business ideas. He was also an active member of Farmville United Methodist Church since moving to Farmville in the 1950’s.

He is survived by his wife, Lou; son, Jeff Stanley of Burkeville; daughter, Brenda Stanley of Richmond; son, Rob Stanley (Claudia) of Farmville; as well as grandsons, Mark Stanley and Clayton Stanley of Farmville. He was preceded in death by his parents as well as older siblings, Virginia Stanley, Bobbie Stanley and Tom Stanley.

Family will receive friends from 6 to 8 p.m. Friday, July 15 at Puckett Funeral Home.

Funeral services will be held at 4 p.m. Sunday, July 17 at Farmville United Methodist Church with a reception to follow in the Fellowship Hall.