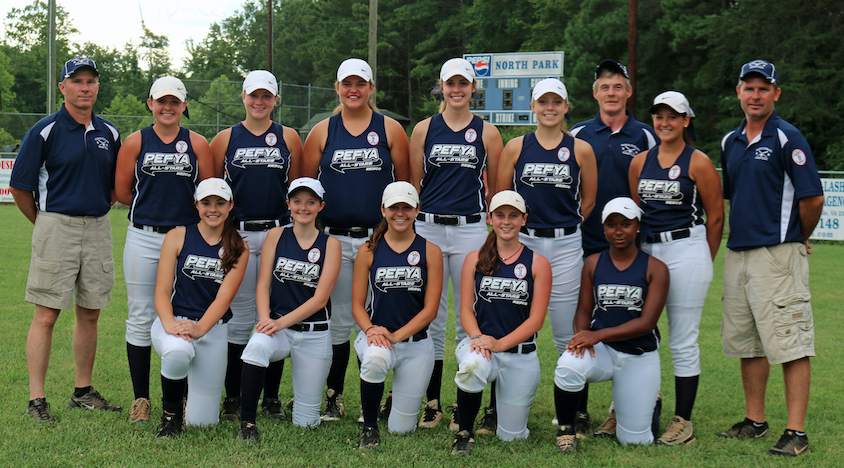 PEFYA is the only remaining undefeated team in the double-elimination tourney, and the girls’ record improved to 4-0 with the victory on Thursday, which eliminated Amelia.

The championship round is set to start at 6 p.m. tonight at 129 North Maple St. in Kenbridge. If Blackstone wins, it would need to beat PEFYA again to claim the title, with the second game likely to begin around 8 p.m.

Earlier in the tournament, PEFYA came back to defeat Lunenburg 7-6 and pulled away for a 17-5 victory over Amherst.

By winning the state title, PEFYA would advance to the Dixie Softball Debs World Series, set to start on July 30 in Alexandria, La.