The Prince Edward County Board of Supervisors recently agreed to expand the “at-will” traffic enforcement program for the county sheriff’s department.

Supervisors agreed that the program’s success has been positive for the community and increased the number of overtime hours available per deputy each month to 40 hours.

The program began in 2013 and has continued to be self-sustaining.

According to Sheriff Wesley Reed, the program previously allowed deputies to work an extra 25 hours a month. During those additional hours, deputies perform traffic enforcement. 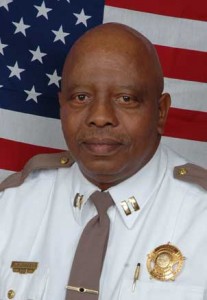 “They usually work this program during their days off … or if they’re on vacation,” Reed said during the meeting.

The sheriff’s department reports to supervisors regarding the program about every six months.

Reed said the program has “really helped my agency a lot. It not only gives me the extra manpower, (but) it’s great for public safety, visibility.”

“We’re asking that y’all will continue to let us work this program and maybe allow us a few more hours that they can put in,” Reed said.

County documents indicated that from January to July, the program cost $25,362.52. In that same time, fines collected from tickets issued January through April brought in $35,132. About $16,000 is expected for tickets written in May and June. About $51,000 in revenue is expected for the most recent six-month period of the program.

“As you see, it’s a profitable program. It’s 100 percent plus profit anyway you look at it — for the county and also for my agency,” Reed said.

“Not only do they do the traffic, but if the deputies get caught up in a situation, they’ve got extra help to assist them. That means a lot,” Reed said. “The more (deputies) you see, the less problem we have. We’ve been real fortunate this far to not have any incidents.”

“It has been a very successful program because not only it gives me the extra manpower out there on the streets, (but also), a lot of times, I only have two … or three deputies on a shift, and when I have the at-will selective (program), I may have four or up to five deputies out there,” said Reed.

According to county documents, officers issued 1,097 summons from July 2015 to July 2016 and made 20 drug arrests and three for driving under the influence.

At-will officers also responded to 47 calls that otherwise would have had to wait for a deputy that was on call elsewhere.

“Yes, most definitely,” Reed responded. “Not all deputies choose to work it. It’s by their choice. The program is there for them, but I’ve got approximately six or seven deputies that pretty much work it on a regular basis. …That’s what they’re trained to be … police officers, so they’re good at what they do with it.”

“There’s no doubt in my mind it helps to reduce the crime rate. I know it does,” Reed said. 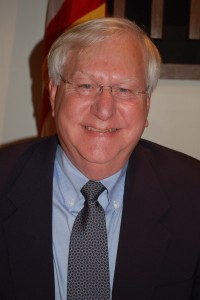 “I’d like to go ahead and make a motion that we authorize the increase in hours to 40 hours per deputy and to continue with this at-will service for another year with six-month reporting,” Buffalo District Supervisor C.R. “Bob” Timmons Jr. said. “I think when you start looking at the money the costs will take care of itself. I think, right now, there’s enough revenue being generated to cover that cost.”

The supervisors unanimously approved the motion.

“I’m not good at foretelling the future but I would think based on the historical data, it will generate enough revenue to pay for itself,” said County Administrator Wade Bartlett regarding the increase in hours per month from 25 to 40.

Officers make time and a half for each hour they work overtime with with the at-will program.