‘To prepare for the next step’: PE superintendent draws motivation from her mother 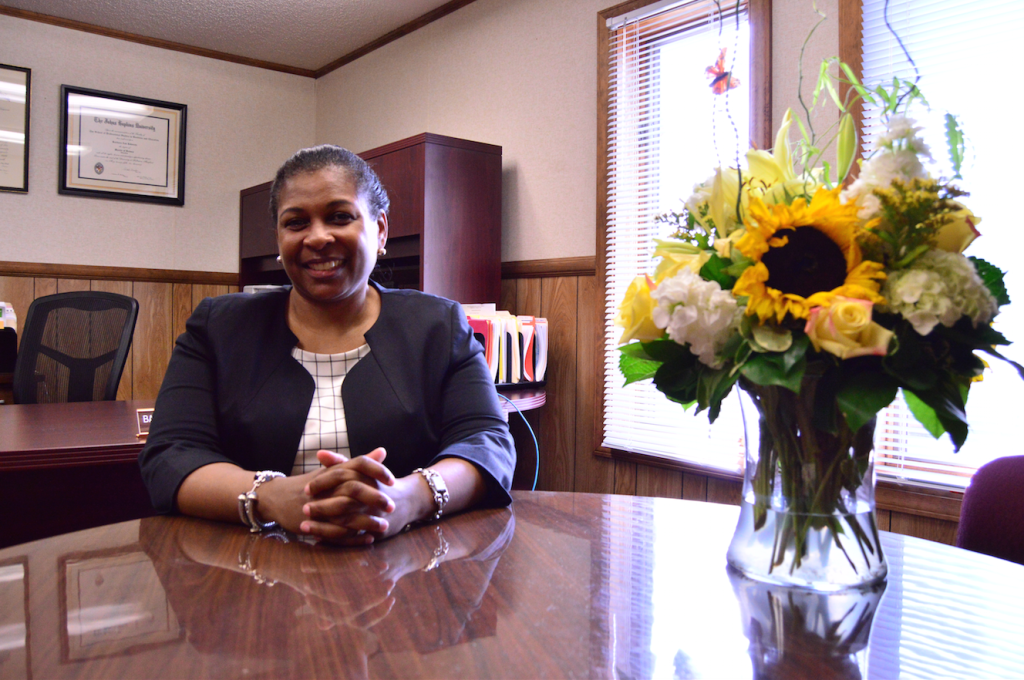 As a single mother raising her daughter in Washington, D.C., Dr. Barbara Johnson said her mother emphasized preparation through education, trying to provide her the “best possible education” available.

Johnson never attended public school. She said her mother borrowed money from the bank each year to pay for Johnson’s private school tuition, paying each loan back over the course of each year so she could take out another for the following year until Johnson graduated.

Johnson, who attended the University of Virginia (UVa), was the first person in her family to go to college.

“My mother always said, ‘Just be prepared so no one can tell you you aren’t qualified to do something,’” said Johnson. “I am indebted to my mom; I love her dearly. I now understand the sacrifice that she made.”

The new superintendent of Prince Edward County Public Schools described the drive her mother’s sacrifice and love of children gave her to provide public school students with “the option to do whatever you want to do” with a composed passion.

“My mother was not comfortable with the public education at that time and felt the need to send me to private schools. I don’t think any parent should have to make that choice because they feel that the education is not adequate,” said Johnson. “I want to make sure that all public schools are the schools of choice or can be a very viable choice for a family so that people don’t have to do what my mom did.”

Johnson has experience in nearly every level of the public school system, beginning with several years as an English teacher and earning her Master’s Degree in education at UVa.

Initially, Johnson entered her undergraduate career with plans to attend law school after graduation to become an attorney and, eventually a judge. Her plans didn’t shift toward education until her final semester before graduation, and Johnson said it was “the right choice.”

Her decision was reaffirmed when she looked into earning her doctoral degree from George Washington University after she spoke to a professor at the school. He was a UVa graduate with a law degree and an attorney who taught leadership courses for teachers.

“I thought, ‘You have every degree that I have ever wanted and out of your choices, this is what you have consciously chosen,’ and that was it for me,” said Johnson.

The former executive director of secondary education for Baltimore City, Md., credited the people around her, from her move from teacher to assistant principal to eventually becoming an assistant superintendent in Illinois.

“Somewhere along each step, someone has helped propel me to the next step,” said Johnson, who didn’t begin teaching with the goal of becoming a superintendent. “I have learned something from every single experience.”

Her two years serving as an assistant superintendent in Illinois exposed her to “a different sense of community,” different from the urban school systems in Baltimore or Washington, D.C., she said. Living in the area she worked, she said the environment felt more “stable” and “settled” rather than the “transient” nature she was used to in Northern Virginia and Maryland.

“I think it’s part of the reason that I am here in Prince Edward County … I developed a real sense of responsibility to that community,” said Johnson after seeing people outside of work, around the town.

Now a part of the Prince Edward community, Johnson said she looks forward to developing and deepening relationships with connections in the area, from Centra Southside Community Hospital to the colleges and businesses.